Tunisia: After the shock, it’s time for a Patriot Act 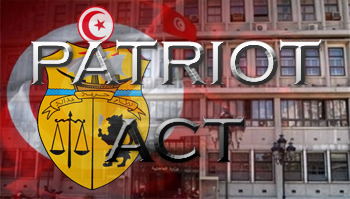 Struck in turn by the terrorism of Daesh, Tunisia buried its dead on Thursday. In a second press conference on Thursday at the Kasbah, the Prime Minister admitted the security failures and promised administrative investigation and immediate sanctions. Gray areas persist, on this day of mourning, on the conditions that enabled the two terrorist to slip through the police and security net that surrounds the very symbol of the 2nd Republic of Tunisia, i.e. the HPR (House of People’s Representatives) near which is the Bardo Museum.

There are also grey areas on the conditions of surveillance and monitoring from which has escaped one of the terrorists, as revealed by Habib Essid himself.

Note that Tunisia has this time not declared a national mourning, sign of a new Tunisia that refuses to abdicate to terrorism and committed to go on living. This is a very clear challenge to Daesh which has just claimed responsibility for this bloody operation. So it’s time for action and the Prime Minister set the tone through the meeting he held on Thursday, March 19, 2015 at the Government Palace in Tunis with political parties in the HPR. All representatives of the Tunisian civil society should follow in principle.

Some years ago when the US had faced the terrorism of Al Qaeda, Bush had found a solution to divert all those who were hiding, by occupation and for a purpose, behind the laws protecting human rights. The less illustrious among them, Moncef Marzouki has just broken the silence and made his voice heard as defender of human rights, saying “the fight against terrorism must not be an opportunity to infringe upon human rights and freedom.

“Others like him, some even sit in the HPR, soon followed suit to make the murderers of soldiers and officers victims, as was the case of the terrorists of Soliman, released and glorified only a few months after the 2011 revolution.

Hit hard by the terrorism of the “Father of Daesh,” the Americans had yet understood (the French followed suit over the last few days) that terrorism is not fighting with the same weapons opposed to criminals and that the blood is only cleaned with a “high-pressure hose”.

The US then invented the “Patriot Act,” a “law to unite and strengthen America by providing appropriate tools required to intercept and obstruct terrorism,” an anti-terrorism legislation passed by the US Congress and enacted on October 26, 2001 by GWB.

Tunisia, the Head of State had said it Wednesday night, declared total war on Islamist terrorism. While it lacks the war logistics, it may at least have part of it in the form of loan from other countries, pending the delivery of 8 Sikorsky Black Hawk Tunisia will buy from the US.

There will be probably need to think of a revision of the financial priorities in the context of a review of the supplementary finance law to give the country the financial resources for its war against terrorism. The UGTT (Labor Organization) should even be associated with this review as part of a new national choice.

What is missing, and above all, it is the legal and judicial arsenal that is intended to address terrorism, why not even outside the laws that these terrorists violate every day and hide behind them when they find themselves in the hands of justice.

Many observers of the Tunisian political scene are becoming more and more convinced that it is now necessary to set up, even for a time, a Tunisian “Patriot Act,” a kind of special court that would give the security forces all the possibilities to “detect and deter” terrorism and protect Tunisia from the danger increasingly posed by Daesh which is now in its southern doors.

This must happen, in our opinion, through the reorganization of Tunisian prison services, the creation, as elsewhere in other countries, of anti-terrorist judges, better security for judges and especially greater involvement of the judiciary in the war against Islamist terrorism.