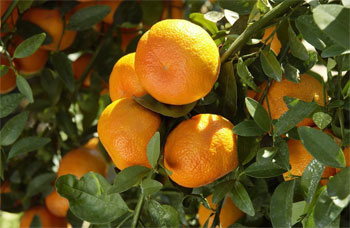 However, the production of the ”Maltese” variety will drop 7%, despite new production beginning on young plantations.

According to the Director General of Agriculture, the loss of fruit from the trees is a result of the strong winds that coincided with the flowering period of citrus fruit in the largest production areas of the Cap Bon, and the ageing of a large amount of trees planted over an area of more than 6,000 hectares are to blame for the decline.

The Nabeul Governorate (South East) has the lion’s share in terms of production, with about 255,000 tons compared to 240,000 tons last season, followed by the Ben Arous Governorate with a production level of 32,700 tons, the same as that recorded the previous year.

Regarding exportation, in 2014 it is forecast to export 20,000 tons of the Maltese variety.

Concerning the local market, the statistics of the department of agricultural production show that the market was well supplied, at first in large quantities by the ‘Clementine’ and the ‘Thomson,’ which was 12% higher than the average recorded in November 2012, i.e. 1,691 tons compared to 1,515 tons.

The supply level is expected to maintain the same rate over the next few months because of the production growth, according to the Minister.