HomeFeatured NewsTunisia: DG of Archives gets everything off his chest, Ben Sedrine is...
Featured News

Tunisia: DG of Archives gets everything off his chest, Ben Sedrine is served! 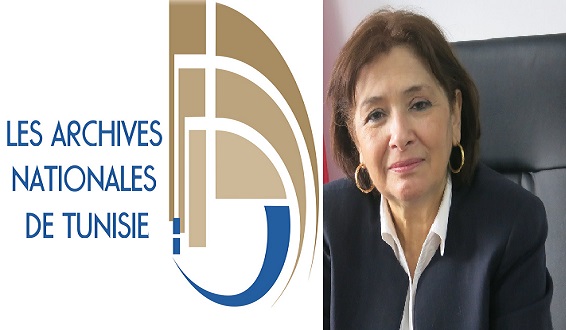 No Commission has ever sparked so much turmoil, unleashed so many passions and raised so much controversy, especially around its president, Sihem Ben Sedrine.

The Truth and Dignity Commission (IVD) was supposed to bear the historical responsibility of dealing with the errors and excesses of the dictatorship.

But that’s it; the affair got bogged down in political tugging; each party trying to pull the cover to itself.

If in the nations that invented this corollary of transitional justice, such as South Africa, this affair was carried out under the brilliant guidance of global icon Nelson Mandela, in Tunisia things were different because of the controversial personality of Ben Sedrine.

The fact remains that the IVD, after accomplishing the mission entrusted to it, was supposed to step aside. But, this is not counting on the maneuvers of its president who plays skillfully overtime.

This is the case with this history of archives that she wants to keep under the elbow, on the grounds, she says, that the Office of the National Archives is not able to house and protect them.

“The words of the President of the Truth and Dignity Commission about the institution’s inability to keep transitional justice records are devoid of any truth.

The National Archives aims to keep all documents, whatever their medium. It is also capable of carrying out this task with professionalism and within the framework of the law,” the head of this national institution attached to the Prime Ministry argued in a statement to TAP on Thursday.

The institution of the National Archives has repeatedly cooperated with the IVD and provided it with all the necessary documents for its research work, which means that part of the paper archives of the IVD comes, basically, from the National Archives which always keeps the original copies,” added Jellab.

He said that the president of the IVD, which keeps repeating that the National Archives institution is unable to preserve transitional justice archives and documents related to the preservation of memory, “is completely mistaken”, since the “preservation of memory” does not exist. It is rather the “duty of memory”, according to him.

She will have to explain to us this point

Jellab noted that the IVD did not respond to correspondence from the National Archives institution on three occasions (August 17, 26, December 31, 2018). That letters concerned, precisely, co-ordination with the IVD for the reception of its archive.

He stressed that this question is very delicate and that it takes time to check all the documents, regretting the little interest shown by Sihem Ben Sedrine for the correspondences of the National Archives. Jellab states, in this sense, that no coordination took place between the two parties after the only meeting dated July 4, 2018.

The official added that the State’s institutions have provided the IVD with everything it needs, regretting that the Commission questions the credibility of the National Archives. “The president of the IVD treats state institutions with great distrust,” he said.

Hedi Jellab further stated that the National Archives Institution preserves all archives created after 2011, including those of the High Authority for the achievement of the objectives of the revolution, political reform and democratic transition.

That structure was created to oversee the process of democratic transition, pending the election of the National Constituent Assembly (NCA) in late 2011.

The National Archives also preserves the archives of the High Committee on Human Rights and Fundamental Freedoms and the archives of several associations and militant movements like Perspectives, the General Union of Students of Tunisia, the association Dignity, active in the field of transitional justice and many others.

He added that the IVD had benefited from many advantages and facilities never provided to any other similar structure in the world, according to comparative experiences consulted in the framework of conferences organized and works carried out before its creation.

“The means made available to IVD would have allowed it to write an unprecedented report on a very important period in the history of the country. But instead, the Commission was concerned about secondary issues, “he lamented.

As with the democratic experience it is experiencing at this very complicated moment, due to the choice of a complex political system feared around the world – the parliamentary system – Tunisia has made bitter learning of transitional justice, part of which has been settled by the courts. In fact it is the most delicate piece which cannot be decided from the outset by judicial verdicts that has been entrusted to the IVD.

We realize that even after the latter’s passage, the difficulties remain, cases affecting elements as sensitive as the dignity of the people.

Even the issue of compensation for victims, by the Dignity Fund, a subject that was almost settled at one time, has become a hot potato to the point that the main beneficiaries of this case, the Islamists, have backed off and renounced their requirements.

In short, transitional justice remains a highly explosive affair, and it has not stopped jumping right at our faces.

Tunisia: Trade deficit widens in first half of 2013