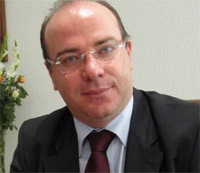 What is the result of the tourist season?

Since we are at the head of the Ministry of Tourism, we have set a series of objectives to restructure the sector in crisis. There are cyclical objectives and we spent all our energy in the first goal. There had been changes and turning points in the tourist industry in the world which Tunisia has not been able to negotiate. We are in the process of restructuring a sector in crisis.

For me, the second objective is seasonal tourism. The first 6 months of 2012 show an increase of 40%, the three months of summer 30% and the late season (October, November, December) 20%.

Our goal is to come closer to the 2010 figures. It is true that you cannot recover a loss of 40% in one year, but at least we tried to get half or more than half. This is what we have achieved during the first 7 months of 2012.

Expectations on the off-season are more positive (end of August is good despite the holy month). September looks good. We’re closing the gap which was less than 20%, and today we’re talking about 10%.

It takes a lot of teamwork, and collaboration with industry professionals and ministries, especially the Ministry of the Interior.

You are optimistic about the summer season. However, professionals are not really optimistic for the off-season, especially as several international newspapers are full of the latest Salafis’ events. May these events actually threaten the confirmation of the tourism recovery?

We condemn all acts of violence, and the government is trying to combat this scourge. History shows that this phenomenon is not going to hinder tourism. There is a focus, an exploitation of these events by some media in Tunisia or elsewhere.

We must continue to build and communicate positive things. Let’s be objective. It makes me smile to hear of the existence of a catastrophic situation.

The cancellation of cultural performances does not happen only in Tunisia but also abroad. For example, in October 2011, Christian fundamentalists in France had canceled for a week, a show, and two months ago they had canceled an exhibition of photographs.

As a minister belonging to the Ettakatol party and in relation with the Ennahdha Movement, which is one of the supporters of Salafis and has never taken a clear position against these people, have you ever wondered why the Salafis had disappeared just after the events of April 9, to reappear again and attack the cultural sector?

Firstly, let me tell you, I personally do not like generic terms such as Salafis. I have no problem with the Salafis. There is one part of Salafis who are radical and use violence because they want to impose their ideas. This phenomenon exists everywhere in the world.

We have a problem with this category, because the law prohibits anyone to impose his thoughts. To impose one’s ideas, we must have a well-defined program and then go through the elections.

Second, behind the term Salafis, there are many hiding things. For example, there are banditry, the former regime associated with drug trafficking and alcohol. It is true that there are violent Salafis and justice will take over their case.

You tell me that many Salafis are freed. I think it is your task to investigate. I’ve never seen an investigation into this movement, what is it, what are its activities, from where comes its funding…? There is no journalist who works on this topic. Information rather than prophecies need to be provided.

For you, it is necessary to distinguish the part that could be dangerous. Do you believe that the government is trying to neutralize this part of the Salafi movement?

The government today faces several challenges; there is a security apparatus that is being stabilized. This unit is responsible and it is still in good health. I do not mean the term “Salafi” in absolute terms. Violent Salafis are to be treated with zero tolerance. The law will be applied.

Do you think that this phenomenon is contained in given proportions and may not represent a major threat to tourism?

The network of violent extremism has developed since the era of Ben Ali. It is not the government that has developed it. It is the legacy of the former regime. Poverty and repression are the causes of this kind of fanaticism. Today, we must present Tunisia to other countries as a tolerant and moderate country. We know that all revolutions need 4 or 5 years to get things organized.

Is the violent section of Salafis a threat to tourism?

Yes of course, it is, first, threatening tourism and, second, Tunisians. To date, approximately 4 million tourists visited Tunisia. Acts of violence that were recorded were isolated acts. One cannot speak of a scourge or a sector targeted by a particular movement and particularly the Salafi movement.

Theater shows were successful. There were three cases of violence out of 5,000 shows. We receive daily reports on incidents in the country and we have recorded no drift in beaches and restaurants. There are only incidents of theft, it happens everywhere, but there are no incidents involving the Salafis. The summer was very secure, despite suspicions. The tourism sector is not targeted and is not threatened. We react to facts and not on the basis of rumors.

You promised 7 million tourists by the end of the year?

No, never. We said we will have at least one million more visitors compared to 2011. Despite the obstacles that were recorded in Tunisia, like the events of Bizerte, we are committed to bring six million tourists by the end of this year.

What about foreign currency?

The decline in terms of losses reached 34% last year. We said we’ll make up for at least the half of this year. For the moment, I cannot say how much.

What can you tell us about the big issue of debt in the tourism sector? Professionals tell us that the ministry would be in the process of finding a solution and they have been kept aside of its progress?

It is not exactly that, but it is not completely false either. Debt is an old problem and it had been treated, with no real desire to do so, leaving banks and hotels to find solutions. We tried the recovery, which has retrieved only 15% of this debt. We tried rescheduling and decreases. The situation escalates and the debt has tripled and has become critical especially with the 40% decrease. So we need to find a radical and courageous solution.

How do you imagine this solution?

We must first clarify that professionals involved in diagnosis at the initiative of the Central Bank of Tunisia (BCT) and the World Bank (WB), consisting in studying the situation, on the one hand and see what are the solutions applied in other countries, on the other one. We need subsequently to find a consensual solution between the BCT, the World Bank and the Ministry of Finance. We need now to inform professionals and to participate in its implementation. The point, therefore, is to create a funds management company, stemming from the banking sector that can participate in it and in which will also take part management and debt restructuring funds. It is this company that will find solutions to the debt issue, case by case. Not all the debt will be affected. There are cyclical debts that will remain between the private and public sectors. There are structural debts which require recapitalization and a technical solution. There are finally charred debts. They are the latter that will undertake the management of the company to create. Management will be by sale, by conversion or by integration into a global chain. It is up to the company to decide.

For bad credit liabilities of the tourism sector, will their fate be decided by banks, whether private or public, or an investment fund?

A company of asset management will be created. This company has extraordinary powers. It will be created by law and will have superpowers, like being able to sell without a guarantee by law and justice. We are trying to communicate with stakeholders, the Ministry of Justice and international experts to the effect of preparing the bill for the creation of this company.

What is the updated amount of the debt?

Do you believe it is necessary to distinguish between hotels and the hoteliers?

There are intruders in this area, that’s the problem in Tunisia.

All departments are now talking about corruption. Have you discovered malfeasance, mismanagement or corruption?

This process began just after the Revolution. We can mention, in this regard, the commission of inquiry into the corruption that has retrieved corruption cases. Courts are currently investigating these cases.

How many corruption files are there at the Ministry of Tourism?

What kinds of files?

There are files relating to management, such as certain contracts awarded outside the administrative rules. The biggest of the files relate to the sale of lands at unrealistic prices or with privileges and this concern of course tourism, the options given to some and not to others, options that should be lifted and that have not been or the allocation of land under instructions or when sending the management plan and receiving afterwards the desired names listed on the desired lands. There are also cases concerning contracts and other files, not many, I must say, for fictitious jobs

Are these cases affecting the tourism agency land?

Of Course there are.

In your department, have you discovered cases of corruption and mismanagement, and who are the perpetrators?

It is not for us to say, but for justice, since these cases are now in its hands. We played until then the part of a gateway for data transmission. I have yet to create a commission that will be responsible not only for referring cases to justice, but also for monitoring these cases to be able to follow their development.

We follow hitherto procedures of conventional justice. Once the law on transitional justice is adopted, we will turn to another type of files, including those where there were privileges.

The goal is to know the truth and then move on to the phase where everyone is accountable, to finally arrive at reconciliation. What is certain is that tourism is plagued by corruption, especially in the land issue.