HomeFeatured NewsTunisia-Employment Report: up to 270,000 vacant jobs by 2018!
Featured News 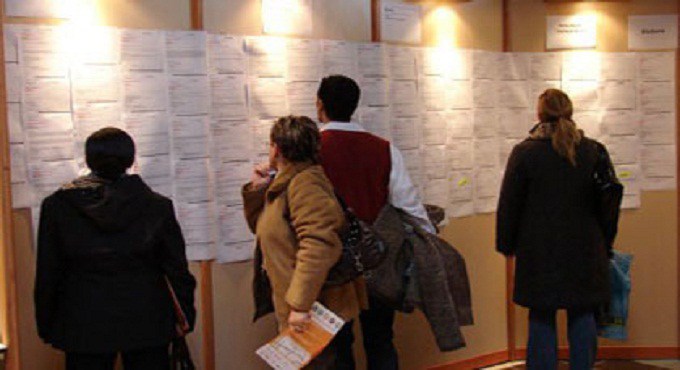 Over 140 thousand vacant job positions currently exist in Tunisian companies and businesses, including 13,700 for technicians and engineers and for which there are not qualified candidates. This is what emerged from the second report on employment…

This significant that would reach 270,000 positions by 2018 demonstrates a strong mismatch between university training and offers on the labor market between required skills and existing qualifications, noted the document.

Towards a major reform

This is a major concern for the new government, which spares no effort to fill this gap and contribute more to reducing unemployment, which has reached worrying levels.

On behalf of the Government, Saida Ounissi, Secretary of State for Vocational Training and Private Initiative, said she was able to meet these challenges.

How? By moving towards a strong partnership with regions, the official said at a press briefing Thursday at the presentation of the national report on employment.

“We must be closer to our regions so that we can understand their needs and then find the decisive solutions to absorb the thorny problem of unemployment,” she said, adding that “the government chose the path of reforms in the direction of a better match between education, training and employment.”

This project, she said, is essentially based on three main factors, starting with the need to adapt supply to regional demands and economic sectors in these areas.

The second factor is the importance of the bridge that might exist between the national education and vocational training, while building the missing link between the various sectors.

The last part is obviously related to communication, which should not be a simple device, but a concrete action able to meet this challenge. “This kind of cultural battle requires us to invest heavily in education that should to be made by the authorities on the meaning and mission of vocational training,” she said.

This reform project comes at a time when the government announced the creation of the “Dignity” contract. That contract with a 600-dinar payment encourages companies to hire young graduates. For two years the state will pay 400 dinars while the employer will only disburse 200 dinars.

There is work to be done!

The efforts are commendable, but much remains to be done.

The national employment report recommends several actions including the promotion of mobility of the workforce through improving the difficult working conditions for employees in heavily demanding sectors, while developing the information.

In addition to these actions, participants in this event have found it useful to associate to mobility, needed requirements, namely infrastructure and adequate facilities.

For participants, the achievement of this goal will hinge on additional work at the level of Tunisian SMEs, which are supposed to provide maximum job overall.

One of the debaters pointed to the problem of visibility, but also the situation of the country’s companies that are poorly-organized. To remedy this, he proposed the establishment of a system that should be considered as part of an overall logic of economic development.

Among other recommendations, he suggested strengthening the role of supporting organizations, including the financial system. “It is important in so far as our companies are able to offer a significant number of jobs,” he said.