Tunisia-Exclusive: database of needy families by 2017 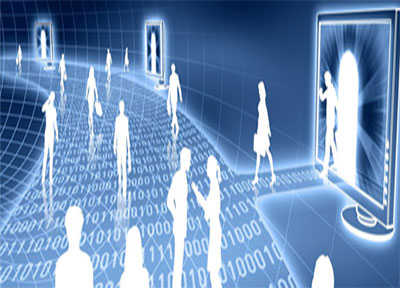 A database of needy and low-income families will be established by 2017, announced Lotfi Hdhili, Special Adviser to the Minister of Social Affairs.

“This project is part of the major reforms initiated by our department to promote social security,” the official said in an exclusive interview with African Manager on Thursday, June 23, 2016.

He added: “The aim is to ensure greater transparency in determining the exact number of needy families and social transfers allocated to people who really need them in order to fight effectively against poverty and ensure better guidance for this group”.

Work has started on January 1, 2016 with the first phase regarding the registration of people receiving free care, the fixed allowance and care card, the official said, noting that an appeal has been launched by the ministry in charge for beneficiaries to update their records.

To date, about 240 thousand families have responded to this call, said our interviewee, indicating that efforts are combined to reach all citizens. “We make every effort to reach all people. Moreover, we set a target of 900,000 families spread throughout Tunisia,” he said.

The official has also shown commitment to reach that figure despite some fears noted with regard to the impact of the informal economy, which continues to grow. “We are doing everything to determine the exact number of needy families, but that could be impacted by those operating in parallel circuits since it is difficult to determine their real number, » he said.

But is it an attainable goal? Certainly, responded Lotfi Hdhili, announcing the establishment of means necessary for achieving this objective. A 4-million-dinar budget was allocated to win this bet.

Besides the budget, there is the work being done by the steering committee and the regional committees comprising representatives of various ministries, in coordination with the World Bank.

Fruit of an evaluation work…

Asked about the feasibility of this project also in this delicate situation, the official said he was optimistic about its success. “We put in place the right conditions to win this challenge and bonuses are there to achieve this goal,” he assured, while relying on certain provisions of the Constitution that come to protect economic and social rights and ensure a better distribution of wealth.

This is important insofar as this project confirms the will of the government, which chose the signing of a social contract in 2014 in order to provide a favorable foundation for social protection, he said.

This foundation, it should be recalled, is based on certain key criteria such as ensuring a decent income, comprehensive social security, free education and comfortable accommodation for each Tunisian family.

To do this, an evaluation work was done and it affects the current system of social security.

Hdhili said this work has shown several shortcomings, namely the absence of a register of data relating to needy families and mistakes when targeting families that received social benefits. Among other shortcomings, there is also the problem of the mismatch between the needs and the technical, considered very old compared to the technological revolution…

Therefore, the creation of a new database of needy families with limited incomes will be an opportunity not only for the authorities in place, but also to solve some burning issues including the social issue.

Tunisia : A pioneering webinar to bring together Supplier Management representatives...

Lowest paid Mauritanian worker to earn US$ 108 from September