HomeFeatured NewsTunisia -tourism: is it appropriate to extend the state of emergency?
Featured News

Tunisia -tourism: is it appropriate to extend the state of emergency? 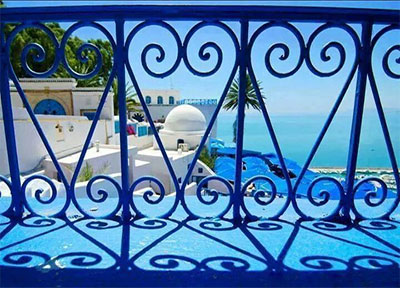 Tourism to South Mediterranean was dealt a new blow this week as Tunisia extended its state of emergency by another month and British Airways announced it was dropping its Sharm el Sheikh program “indefinitely”.

Reference tourist site TTG (Travel Trade Gazette) notes that these “bad news” come in the week of the one year anniversary of the gunning down of 38 tourists – including 30 Britons – in the Sousse terrorist attack, adding that since the massacre Tunisia has been implementing security measures in a bid to encourage the UK Foreign Office to lift its travel advice.

Security is now included as a priority in hotel inspections and the country has been building a fence along its border with Libya to try to keep out terrorists. This week, Tunisia’s director general of security also announced that 72 additional police posts were being added in tourist zones, along with 1,500 more police officers.

On Monday, Tunisian authorities decided to prolong the country’s state of emergency for a further month, meaning that public gatherings are forbidden, as are strikes. The state of emergency has been in place since November when 12 presidential guards were attacked and killed in the capital Tunis.

The crucial FCO advice warning Britons against travel to Tunisia also remains in place. Andy Cooper of Owens-Cooper Consulting, and a former Thomas Cook head of public affairs, said the FCO would be particularly cautious about lifting it.

“The ban will only be lifted when the FCO is completely confident that it’s safe. With some destinations, normally they tend to be more relaxed with the advice, but in view of what happened they have to be completely certain that it’s safe there,” he told TTG.

“The ban will be lifted only when the FCO can actually see that there’s nothing happening and that Tunisia is controlling the borders.”

Andy Cooper also shared the opinion of managing director of Tui UK, Nick Longman, who told the London press that “Tunisia would take longer to recover than other destinations.

“The nature of what happened will affect customers. Tunisia will come back,” he insisted at the recent ITT (Institute of Travel & Tourism) Conference, “but it will take longer.”

Cooper believed that “even when the travel advice is relaxed, tour operators would be cautious about returning. They will come back but it will be gradual and slow – people have to be confident to travel,” he predicted.

As we could see, the Foreign Office is increasingly intractable as regards a possible lifting of its travel warning on Tunisia, and it does not even consider easing it, despite repeated

assertions by the Tunisian authorities that the country is now safe and that the many draconian security measures are proving effective.

Until recently, the Tunisian ambassador in London launched both pathetic and comminatory appeal to the UK blaming them for their procrastination in taking note of the improved security situation in Tunisia, even going as far as seeing this wait-and-see attitude as a “sanction” against the country that depends largely on the tourism industry.