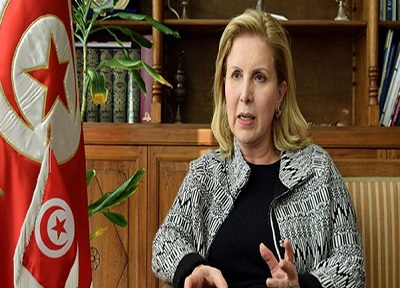 Tunisia has recently seen a recovery in passenger traffic and tourism, after security concerns diminished and travel restrictions have been lifted by many European countries.

Quoted by Reuters, Tourism and Handicrafts Minister Salma Elloumi said on Wednesday, February 21, 2018, that Tunisia seeks to receive 8 million tourists this year, noting that the booking rates from European customers and other new customers are strong.

She said that the tourist recovery will be well confirmed.

Elloumi added that “tourism receipts should increase by 25% in 2018, in comparison with the year 2017 which posted estimated revenues of 2.8 billion. The great return of tourists including the British has already given a very positive signal for Tunisia, she pointed out.

She noted that tourist numbers recorded in 2017 were already up 23% over the previous year, i.e. 7 million.

Similarly and during that period (2017), Tunisian hotels filled beds with Tunisian and Algerian visitors, but operators say they spend less than European holidaymakers.

Tourism accounts for 8% of Tunisia’s gross domestic product (GDP). With the return of European tourists, the Tunisian economy that was at half-mast, will be given a strong boost and the country’s foreign reserves will increase significantly, predicts Reuters.

Sharp increase of tourism receipts in 2017

According to statistics announced by the Prime Ministry, tourism receipts stood, on December 20, 2017, at 2,696.5 million dinars, posting a growth of 16.3% compared to the previous season.

The month of August had the highest performance of the season, with revenues of around 674 million dinars against 469 million dinars during the same period of 2016, up 43.7%.

6.7 million tourists visited Tunisia during this period, i.e. an increase of 23% compared to 2016.

Algerian tourists top the list of foreigners who visited Tunisia, posting a growth of 40.5% compared to 2016.

According to the same source, French tourists top European holidaymakers who have chosen the destination Tunisia, with an increase of 45.5% compared to 2016, followed by Russian tourists whose number has, however, dropped by 17. 3% compared to the previous season.