HomeFeatured NewsTunisia: full text of the Tunisian-US Memorandum of Understanding. Will it put...
Featured News

Tunisia: full text of the Tunisian-US Memorandum of Understanding. Will it put an end to the controversy? 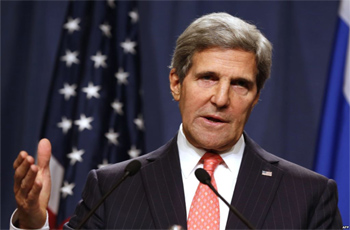 Under constant pressure to reveal the contents of the Memorandum of Understanding signed May 20, 2015 by Tunisia and the United States which many political parties suspect to contain secret clauses, the Tunisian foreign ministry has just published on its official website, the text as it was signed by Mohsen Marzouk, Minister Adviser in Charge Political Affairs of the Republic of Tunisia and John F.Kerry, Secretary of State of the United States of America.

Here is the full text of the Memorandum of Understanding:

As friends and partners, Tunisia and the United States share a commitment to the promotion of regional security and economic development, as well as social, political and economic reform.

Tunisia and the United States affirm their common will to work for the preservation of the security of the two countries. Both countries intend to enhance the ongoing strategic dialogue and increase military cooperation through programs aimed at reinforcing Tunisia’s security and developing its capacities to face major regional security challenges and advancing shared interests in secure, stable, and prosperous Maghreb, Africa and Middle East.

Both countries note the vital importance of supporting Tunisia’s security needs, counterterrorism efforts, and stability. They condemn attacks on Tunisian civilians and security forces and are committed to continuing their cooperation to combat terrorism and violent extremism. Both governments underscore the value of foreign military assistance in enabling the purchase of U.S. military goods and services. Both nations are committed to the most efficient and most effective use of assistance fund of all kinds.

A newly created Joint Economic Commission (JEC) between Tunisia and the United States is to serve as a forum for discussing key economic issues on a recurring basis. The JEC would initially focus on advancing Tunisia’s reform agenda and expanding private sector ties between our two countries for the benefit of our two peoples.

Tunisia and the United States share the belief that bilateral investment, trade, and private sector engagement could significantly expand through the implementation of policy reforms. Tunisia is working with international financial institutions on achieving economic reform goals. In order to increase bilateral coordination on achieving these reform goals, the United States intends to work with the Tunisian government to develop a Country Development Cooperation Strategy. Both countries also intend to continue to work together to promote advances in scientific and educational achievement that will spur job opportunities and contribute to Tunisia’s continued economic growth.

Tunisia and the United States remain committed to continuing to work together to reinforce Tunisia’s important and remarkable democratic progress, respect for the rule of law, and commitment to human rights and social and political inclusion. Both countries also recognize the importance of a vibrant civil society to a functioning democracy and underscore Tunisia’s commitment to the protection of the freedoms enshrined in Tunisia’s constitution as well as respect for universal human rights. Tunisia and the United States highlight the key role these democratic norms play in Tunisia-U.S. strategic partnership and their commitment to promoting these shared values. Both nations recognize the importance of education to unlocking the potential of its people and intend to work toward greater exchange and linkages between Tunisian and U.S. educational institutions.

Tunisia and the United States share the understanding that the political and security interests of both countries are fundamentally enhanced by increased regional economic integration and cooperation in the Maghreb region and the Middle East. Both countries intend to continue their active dialogue through regular consultations, the Strategic Dialogue, Joint Economic Commission, the Trade and Investment Framework Agreement, and the Joint Military committee, in order to coordinate a range of issues of mutual concern and to identify areas for future collaboration.

Mohsen Marzouk, Minister Adviser in Charge Political Affairs of the Republic of Tunisia

John F. Kerry, Secretary of State of the United States of America