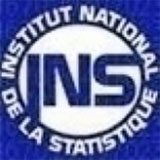 Preliminary results of the quarterly accounts of the National Institute of Statistics (INS) reported a 3.2% growth of GDP (gross domestic product) at constant prices in the second quarter of 2013 compared to the same period of 2012.

The INS explained this trend by “the improvement of the national economy during the second quarter compared to 2012 (same quarter) and the increase in value added in the services sector.”

The results of the quarterly accounts of the Institute also reveal a 4.8% increase in the value added of manufacturing sector during the second quarter of 2013, against 1.8% in the first quarter of this year.

This trend is explained by the increase in the production of chemical industries by 18.9%, food (4.8%), textiles, clothing and leather (3%) and electrical industries (2.6%).

Sectors with negative growth are essentially non-manufacturing industries (0.6%) influenced by the 2.6% decline recorded in the oil and gas extraction industry and agriculture and fishing which posted a negative growth of 3% due to the drop in cereal production during the current season.

Tunisia: tourism revenues climb up 38% to over 5 billion dinars...