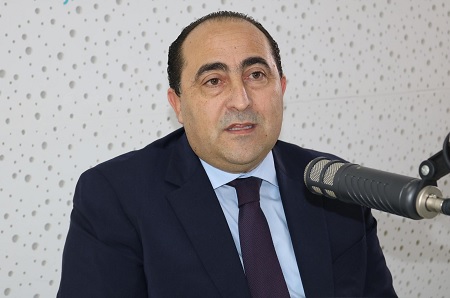 The shortlist of investors who have expressed interest in building the deepwater port at Enfidha, which has a two-year execution period, will be set at the end of January 2019, said Transport Minister Hichem Ben Ahmed.

Speaking at a meeting on “Transport and Logistics for Trade and Investment”, Ben Ahmed said that this step will be preceded by the selection of the company that will carry out this project, noting that investors who are bidding for its implementation will have three months to prepare and present their bids.

The Minister acknowledged the delay in the implementation of this 10-year project, underlining the commitment of his department to accelerate its implementation, especially since it is a priority project.

A public company called “Port Enfidha Company” has been created for this purpose.

It will be responsible for the modernization and maintenance of this port, as well as the neighboring logistics area. This company will also ensure coordination between the various related transport infrastructure projects and the execution of studies and strategic development and development plans.

The decision to create this company was published on December 7, 2018 in the Official Gazette (JORT), he further said.

Director General of the Office of the Merchant Marine and Ports (OMMP) Sami Battikh said in a statement to TAP that 7 international companies (from France, China, Turkey, and America…) specializing in port construction participated in the call for tenders for the Enfidha port project.