Tunisia may drift into authoritarianism in 2018, says International Crisis Group 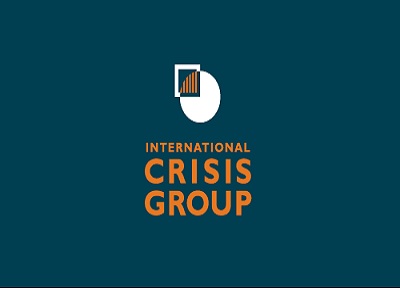 The International Crisis Group (ICG) has just included Tunisia in its Early Warning Watch list, which identifies countries and regions at risk of conflict or escalation of violence in 2018.
It is included alongside Afghanistan, Bangladesh, Myanmar, Cameroon, Colombia, Egypt, Iraq, Ukraine and Zimbabwe.

In a report released Wednesday, January 31, ICG warns that Tunisia, which has witnessed socio-economic unrest driven by the rising cost of living and lagging economic growth, may drift into authoritarianism or instability.

It calls on the EU to focus on helping promote economic growth and supporting institutional reform, notably persuading Tunisian authorities to establish and protect the integrity of those bodies mandated by the January 2014 constitution.

As the protests that rocked parts of Tunisia in mid-January showed, socio-economist discontent remains high as the cost of living steadily rises. Those protests were triggered by opposition to tax and tariff hikes intended to balance public finances.

The economy has deteriorated since 2016: growth is slow (between 1 and 2 per cent), inflation seems to be rising faster than the official rate of 6.3 per cent and the trade deficit remains high despite a depreciating currency.

As Tunisia enters an electoral cycle with municipal elections in May 2018 and parliamentary and presidential elections expected in 2019, economic grievances are moving to centre-stage in national politics.

A weak economy increases the danger of riots, which could force Tunisian policymakers to find short-term solutions akin to those of the old regime: repression of protesters and dissidents, marginalization of civil society forces such as trade unions, and centralization of power in the hands of a strong executive.

The harshness of daily life and the deterioration of public infrastructure (transport, health and education) means ever more Tunisians believe that only a strong, ideologically homogeneous executive authority – a hyper-presidency, in other words, similar to that of former President Zine El Abidine Ben Ali – can save the country.

They consider the institutions created in the wake of the 2010-2011 revolution artificial, ill-suited to Tunisian political culture and dysfunctional.

A commonly held view is that democracy has not taken root; instead, power is dispersed, corruption rampant and political debate useless. Many Tunisians are focused on coping with their daily lives, evincing no interest in politics.

Several polls suggest there could be record abstention rates in the forthcoming municipal elections. Nostalgia for the old regime is spreading, as is a discourse that claims the revolution has impoverished the population, while politicians divide the country’s wealth among themselves.

The current order has been made more fragile still by the government’s foot-dragging in implementing vital elements of the 2014 constitution.
The Constitutional Court, the only institution constitutionally mandated to declare the temporary or definitive vacancy of the presidency, has not yet been established. Its absence means that were the president, who is 91, to become unable to fulfill his functions or pass away, any transfer of power would be unconstitutional, perhaps opening the door to an authoritarian takeover.
President Béji Caïd Essebsi has pledged to establish the body before the end of 2018.

Nominally independent administrative bodies that are in place lack autonomy from the government and political parties. For example, pressure from Tunisia’s ruling coalition on the Independent High Authority for the Elections has already led to postponement of municipal elections.

More generally, government officials and political leaders have blocked the process of decentralization mandated by the constitution from starting in earnest.
The gap between constitutional principle and political reality is widening. But a renewed debate on the revision of the constitution, a step that President Assisi and several political figures have suggested, would be a mistake. Amid the country’s political and economic turmoil, such a debate would be akin to reopening hostilities between the parties over core political and social issues.

What the EU can do

The EU has influence in Tunisia, where it is already supporting anti-corruption and decentralization efforts. It should go further, both in helping the country’s economy and in developing incentives for the government to counter the short- and medium-term danger of authoritarian drift.
This should be done as part of its Privileged Partnership with Tunisia, and during its review of political priorities ahead of the EU-Tunisia Association Council, expected to take place in the first half of 2018, recalls the ICC..

The EU should encourage the government to urgently address regional inequalities, putting this question at the centre of economic reform efforts. In particular, short-term measures to deliver economic relief should be paired with longer-term efforts to encourage investment and job creation in Tunisia’s southern and interior provinces.

At the same time, the EU should continue to encourage the Tunisian government and parliament to establish the Constitutional Court and speed up the restructuring of the electoral authorities. If those bodies were firmly ensconced, they could fulfill their mandates in the event of a presidential vacancy and in accordance with the constitution.

The EU should discourage any attempt to alter the constitution before the 2019 legislative and presidential elections.

While a return to the past is not the most probable scenario, outside actors could make it likelier, especially if the internal situation continues to deteriorate.

Talk of the “Tunisian exception” should not give rise to complacency. Tunisian leaders must find the political will to implement the reforms necessary to strengthen institutions and peacefully deal with unforeseen events.

European leaders should seek to dissuade political elites from attempting to rebuild the hyper-presidential regime that existed before 2011.
That revanchist project would destabilize the country, spark resistance and provoke political polarization likely more violent than that of 2013, when a range of opponents to the government sought its removal from power.

The conflict resolution channels created during the national dialogue that helped end that crisis have weakened considerably since then, making it harder for Tunisian democracy to weather another political storm, the International Crisis Group said in conclusion.