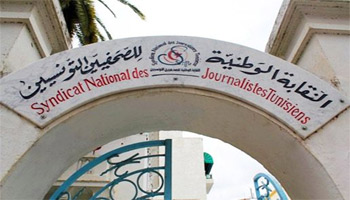 Even if it disappoints those who claimed victory, apparently very soon, at the announcement that the Government will enforce decrees 115 and 116 relating to the press, the epilogue of the standoff between the government and journalists seems not for tomorrow.

When decrypting the statement published late Wednesday by the Government in response to the successful strike observed at the call of the National Union of Tunisian Journalists (SNJT), we will soon realize that without being totally smoke and mirrors, the position of the government cannot go beyond a statement of intent about which many conjectures are possible.

First, there is no mention in the release of government of journalists’ demands, the same ones which have been used in the showdown since journalists have forged the belief, still supported by facts, that the authorities want to postpone indefinitely what is perceived by journalists as a sine qua non condition to resolve the conflict.

No doubt one could understand the government’s position not to negotiate under pressure, as was shown by the assertion that the CEO of Dar Assabah will not be sacked, but the matter is so urgent and vital to be honest, it can suffer no delay or inconvenience.

Second, the campaign launched by the Ennahdha and its auxiliaries against the media which are accused of all sins has not lost its virulence, as the Islamist party refines its strategy to “win the next election,” which requires first and ultimately; a docile press, obeying orders and hostile to any form of opposition that can undermine the chances of Ennahdha’s candidates to extend their domination over the country’s political scene and win a majority in polls allowing the party to govern without needing partners.

Cultivating the nuances which he has mastered both the art and the way, the head of the Islamist party has just told “Le Monde” that “journalists have a set of queries, if they are legitimate, the government will negotiate with them. If they are political, that is a different matter… “Could this mean that only claims of material and ethical nature are negotiable, and that freedom of expression, which is an eminently political concept and principle, would be excluded?

In any case, it is more than certain that the journalists’ union will not let go, as it is determined to succeed in its demands and defend tooth and nail what is in its eyes an inviolable, non-negotiable principle, that of freedom of expression.

Moreover, in its response to the government statement, it insisted that that the latter does not mark a fresh impetus to a “serious and effective dialogue,” saying, moreover, the passages relating to decrees 115 and 116 only reiterate the political will of the ruling coalition as it was stressed in its decision of October 13, 2012 rather than being a formal decision of enforcement of these two decrees. Therefore, it urged the government to proclaim loud and clear the implementation of decrees and set a deadline for their application, without resorting to the vague boilerplate clauses that marked its statement of October 17. Finally, while reaffirming its commitment to dialogue to resolve outstanding issues, the union holds the provisional government fully responsible for any obstacle to dialogue.

A board member of SNJT was even more explicit and threatening by warning, in a statement to our colleague Business News that “if the government reverses its positions and accepts our demands which are legitimate and consistent with the principles of the Revolution, then that is good!, otherwise Wednesday’s strike will be an appetizer and there will be other actions expressing more clearly our anger.” What a program!

Will the government be wise enough to spare an entire series of events that everyone can predict the dire consequences and commit resolutely and without delay to the path of dialogue and avoid anything that might further aggravate the situation? It is a fair question.