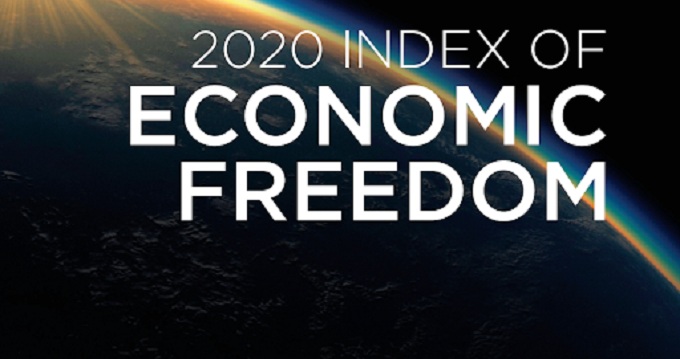 The latest report of the “Index of Economic Freedom 2020” published by The Heritage Foundation, ranked Tunisia 128th out of 151 countries in the world, down three places from last year.

Tunisia therefore ranks among the countries that are mostly unfree economically, with a score of 55.8 points.

Tunisia continues to decline in this ranking despite the increase in its score. This means that the growth recorded by the other countries is faster and more constant.

On the African scale, Tunisia ranks 22nd out of 51 countries on the continent, far behind Morocco which is 6th in Africa (162nd in the world).

The Kingdom is considered a “moderately free” country for the sixth consecutive year.

In detail, Tunisia has improved in the latest edition of the report, its scores in property rights, judicial effectiveness, business freedom and fiscal health.

However, it has lost points in trade freedom, labor freedom and monetary freedom.

According to the report, the country is stalling in investment freedom and financial freedom.

Economic freedom is supposed to foster productivity and economic growth by encouraging entrepreneurship and the creation of added value.

Indeed, the more an economy is considered free (index close to 100), the better the country is ranked.