HomeNewsTunisia: over 77 thousand tons of dates exported until March 22
News

Tunisia: over 77 thousand tons of dates exported until March 22 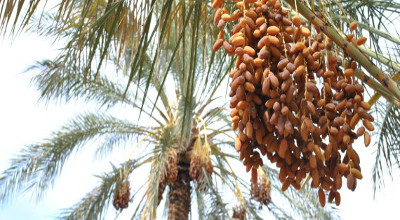 Tunisia has exported over 77 thousand tons of dates until March 22 (548 million dinars) against 73 thousand tons (446MD) during the same period the previous season.

This means 5% rise in quantity and 22.6% in revenues, according to data published by the Agriculture, Water Resources and Fisheries Ministry on Tuesday.

The latter indicated that this rise in date exports from the beginning of the season on October 1, 2018, is due to the rising demand of the Moroccan market, the first on the list of importers, with about 21 thousand tons against 16,660 tons during the same period last year; i.e. a 26.5% rise.

Demands for the Tunisian dates also come from the American market that imported about 5,130 tons until March 22 against 4,194 tons during the same period last year, up 22.3%.

Some new untraditional markets registered record rises in their demands of Tunisian dates with a 228% increase in the Senegalese market and +87.7% in Singapore’s.