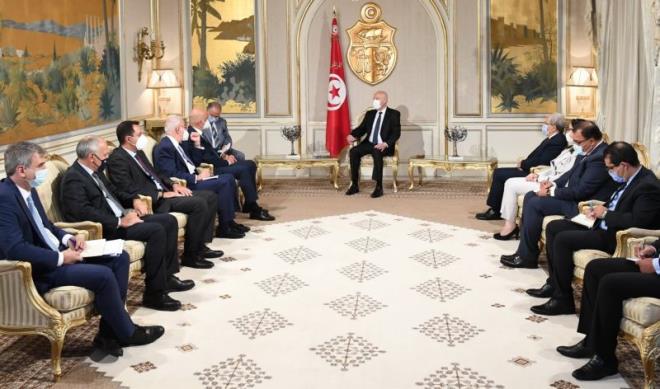 The Head of State stressed on this occasion that “contrary to false allegations that have been spread, the exceptional measures taken on July 25 are within the framework of the Constitution.

He said that “the democratic process will continue, in accordance with the will of the people, to build a state of law on new foundations that break with corruption and the current political, economic and social situation,” said a statement from the Presidency of the Republic.

He also thanked Greece for the support given to Tunisia in this difficult situation, ” which is likely to strengthen the historical ties of friendship between the two countries “.

For his part, the Greek Minister of Foreign Affairs reaffirmed his country’s support for Tunisia and its “consideration for the support of the Tunisian people to the President of the Republic in his efforts to achieve democratic stability.

He also expressed the commitment of Greece to the friendly relations between the two countries, and its willingness to continue its support to Tunisia in regional and international organisations and gatherings.

Tunisia has received, Tuesday, a Greek donation of 100 thousand doses of vaccine against the coronavirus.