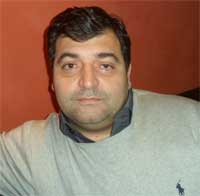 René Trabelsi, CEO of Royal First Travel (RFT), French Tour Operator specializing in the Tunisia destination, and particularly the pilgrimage of Al Ghriba, takes stock of the tourist activity, two years after the revolution. According to him, a policy of openness is an obligation for the Tunisia destination to recover the place it has lost on the European market.

How do you assess the current situation in Tunisia?

At the beginning, it is important to note that Europeans are still reluctant towards Tunisia, knowing that during the first year, they gave a capital of sympathy for citizens demanding freedom, democracy and getting rid of a dictatorial system. However, this capital was unfortunately lost, as the situation in Tunisia has not changed positively as well as its image especially at the security level. The image of Tunisia took a terrible blow mainly in European media due to events that have occurred in Tunisia. The attack against the U.S. embassy and the violent events of Siliana are also cited.

What about tourism then?

All these events have greatly affected the image of Tunisia and especially our tourism sector. Today, we cannot move forward.

Whenever there is a small recovery on the destination, there is always an event that blocks the recovery. And this is very serious, because tourists are always looking for stability and security rather than the political status of countries.

We may cite as an example the case of China, visited by millions of tourists who do not want to understand its political status, but they seek to visit the country and spend a vacation.

Today and in tourism, the country’s image must evolve immediately.

What should the country do?

Efforts should focus on Tunisian communication. The Tunisian people should understand that if the country wants to bring back tourists, it is time to ensure social, political and security stability, and this with some positive political statements vis-à-vis external demands.

In addition, there are some openings and some operations that must be made by the tourism administration, namely marketing operations, invitations of journalists, showbiz and communication as well as travel agencies and major tour operators in different countries of Europe, especially the French market, which has declined significantly.

A season will begin in April, and it is time to work to meet this challenge. And it is time to gather all conditions. We should ensure that by next March there will be no disturbing events that could block the recovery of tourism.

What is the role of professionals in this process?

Their role is to support the administration. Today, there is no contact between the latter and tourism professionals.

Unfortunately, today, there are few efforts made. This explains the recent events that have blocked the communication on the tourism sector.

Professionals must undertake operations of communication invitation and organize specialized meetings to enhance the image of Tunisia among Westerners.

What is the exact date of tourism recovery?

I think we’re three months of the April holidays. We should prepare for this season from the beginning of this month. I am optimistic about the coming period and I think 2013 will be an important year for Tunisia.

Tunisia cannot afford to lose a third negative year in tourism. It will be very difficult for tourism professionals who are already facing a very delicate situation. And when we say an hotelier in difficulty, the quality of service will therefore greatly diminish. This would probably hurt the performance vis-à-vis tourists, at a time when everyone is looking to improve the quality of service.

It is necessary, now, to work to prepare the next season which is considered difficult especially with the current crisis in Europe to allow Tunisia to recover the place it lost on the European market.

Rumors have circulated recently, according to which Interim Prime Minister Hamadi Jebali had proposed to appoint you to the Ministry of Tourism and the proposal was rejected by radicals at the Ennahdha Movement. What is your reaction?

Honestly, they did not make any proposal to me. However, supporting Tunisia is not only dependent on being appointed minister. As a professional, my real goal via Royal First Travel (RFT) is to promote the destination.

Two years after the Revolution, how do you see the role of Tunisian Jews?

The position of a Tunisian Jew is the same as another Tunisian Muslim. It is just anxiety, uncertainty despite the strengths of the revolution like the opening to freedom.

What are the concerns of the Jewish community in Tunisia?

It is the same concern of all Tunisians. Tunisians Jews, in their majority, operate in the jewelry sector and other businesses. When business is not flourishing, there is social anxiety.

Although times are difficult, the future will be better. Tunisian Jews are keen to see the country recover its place and move forward very quickly. W

hat is your role then to re-launch the activity and promote the business climate?

As a tour operator, our concern is to support Tunisia in these difficult times. I think the role of each Tunisian investor operating from abroad, is to help a country in transition and find appropriate solutions for different problems.

Our role is to receive support from the government to participate in the recovery of our economy.

What difference is there between Tunisia of Ben Ali and that of the Revolution?

The difference between the past and what we are experiencing today is obviously instability.

To do this, it is time to set the date for elections to pacify the people and convince our partners.

I think Tunisia will have good days ahead. Personally, I have faith in many Tunisians who want Tunisia to be modern, tolerant and free.

Returning to the tourism industry, how do you see its future?

To revive the tourism industry, there is a lot of work. It is time to focus on the training of youth in various trades and also try to opt for the quality of service in the hospitality industry, aviation etc..

It is important to promote the Saharan product by appealing to people who can find the best solutions.

I’m sure that Tunisia is able to find its place among the most visited countries.

What is your message to the government to meet this challenge and succeed in attracting new markets?

You must have an open door policy. The country should not get embroiled. Instead, it must open up to the West by trying to target all types of tourism: European, Asian or North African.

We need to create more powerful antennas to increase the number of visitors to Tunisia. This will happen only through the promotion of the image of Tunisia.

According to estimates, 10 million tourists are expected in Tunisia in 2016. What do you think?

We do not have to wait until 2016 to achieve this goal. If we have a good foreign policy, we would be capable of much more.

Tunisia: mission of businessmen in Nice next July 25 and 26