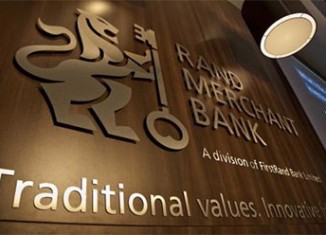 South Africa is still Africa’s foremost investment destination, but its status has continued to plummet due to a slightly weaker business environment and faltering growth prospects, according to South African bank Rand Merchant Bank (RMB).

The report of the bank, “Where to invest in Africa in 2015-16,” released Monday, has ranked 54 countries in Africa in terms of attractiveness for investors.

Countries are rated on the basis of their GDP on par with purchasing power, both reported to forecasts of economic growth rates and operational environments. The world ranking of South Africa established by the Bank fell from 33rd place in 2014 to 41st.

The report noted a “radical change” in the last nine years in foreign investors’ perception of Africa, which monopolized 4.4% of global flows of foreign direct investment last year. Capital inflows have almost doubled over this period.

The report cautions that in the investment attractiveness rankings in 183 countries, Africa still has a relatively low yield despite positive developments in the investment climate in recent years, which has generated higher returns compared to most emerging market economies.

Tunisia is still in Top 10 African countries in attracting FDI, occupying the 7th position, although it has lost two positions due to the tourism crisis and terrorism.

Egypt has won four places to steal away the second position from Nigeria the second position, closely followed in order by Morocco, Ghana and Nigeria. In the top 10 there is also Ethiopia (6), Tunisia (7), Algeria (8), Tanzania (9) and Kenya (10).

The attractiveness of Egypt lies in the size of its domestic market, relatively low cost of its workforce and the rapid adoption of technology in the country.

Morocco has outperformed Ghana, foreign investors are being attracted to the integration of value chains in the economy and the collaboration between large companies and SMEs.

Ethiopia’s position has also improved because of its stable economic environment, solid guarantees for investment, natural resources and programs to develop the skilled workforce.

Tunisia : Where does money come from and where does it...