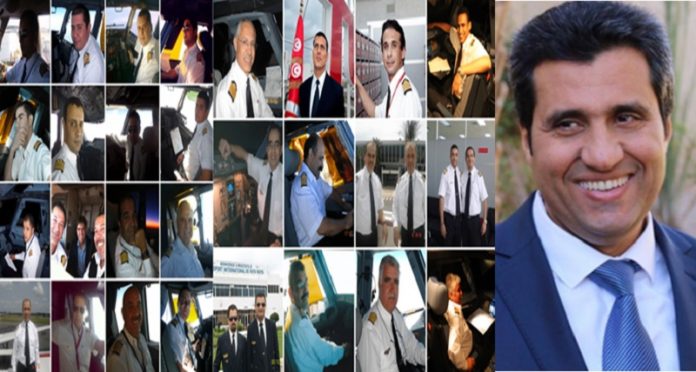 We have asked it to rely on its own capacities and to operate the flights using its own resources”. It is the State Minister of Transport, representing the Tunisian State, which is the majority shareholder at almost 75%, who said it in the columns of Al-Araby Al-Jadeed.

The Tunisian State thus drops its own airline. It is a highly negative signal that local banks will not fail to collect, and henceforth close all doors to possible financing or loan to it.

It is not yet known whether the Minister of State was aware of his own statement about a public company, whose solvency is closely linked to the support of its main shareholder.

But, also, of the impact of his words on Tunisair’s main suppliers, particularly in terms of spare parts, fuel and even salaries!

Who will now trust and do business with a company that has been let go by its reference shareholder in the midst of the financial and economic crisis?

Certainly not the banks, against whom the financial authorities could turn, to still want to give money to a public company that no longer has the guarantee of its majority shareholder? Certainly not, either, the SNDP which is its sole fuel supplier.

Indeed, the very next day, this supplier could (not to say should, at the risk of one day being accused of reckless risk-taking in view of the declarations of the reference shareholder) refuse to supply it with kerosene, on condition of cash payment and before take-off.

This could even be the case for all service providers in airports, to which the same minister would like to direct Tunisair’s planes to repatriate Tunisia’s expats.

Who of the flight crew and cabin crew will want to return to work in a public company whose owner is losing interest and declares, in the international press, that he is no longer prepared to put a penny into it? One wonders!

Does Anouar Maarouf realize that he is now also endangering the very safety of the passengers of a company, already in deficit of more than 185 MD for the fiscal year 2017 alone, whose only operating expenses that year exceed 1.5 billion DT, and that the owner is no longer willing to support it financially? We wonder too!

“Tunisair is in a position to restore its activities thanks to a new business plan based on the most profitable routes. It may also cancel unprofitable routes in addition to relying on its current fleet and to cancel or postpone the purchase of 5 new aircraft that have been scheduled, and to recover the money that was paid as part of this agreement to improve the financial balances of the company,” said the minister of a State who was at the same time washing his hand of his own company.

It is not known, either, if he thus realizes the ridiculousness of the repatriation plan he is publishing, or rather orders to the same company.

That plan is in total contradiction with his own words, since all these flights will be commercially unprofitable for a company that is being asked to cancel unprofitable routes!

The Minister of State, who does not want to give anything more to Tunisair, also pointed, in the same interview, to the possibility of studying a possible opening of the company’s capital.

That option will force the selling State to sell off its shares, which are now worth less than 1 TD on the Tunis stock exchange.

The company is more than in deficit, and has been for many years. Who would buy such a company, if not at a friendly price?

Malawi: Ritual murders of people with albinism must end