HomeFeatured NewsTunisia: The "partner" that does not care in the least about the...
Featured News

Tunisia: The “partner” that does not care in the least about the financial capacities of the State! 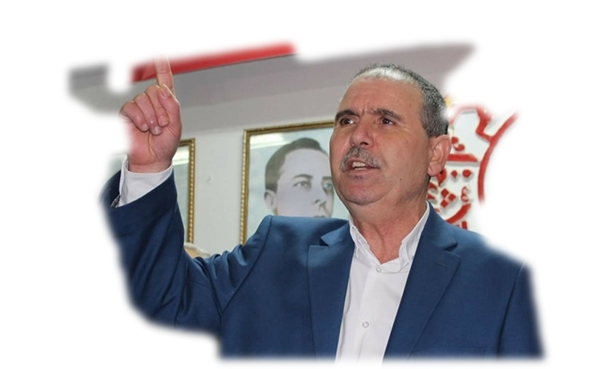 A few years ago, then Minister of Finance Slim Chaker, confided to us an unfortunate story. He was then signing, in the presence of the former prime minister and the former secretary general of the UGTT an agreement for yet another salary increase.

Aware of the real capacity of the budget and obviously sorry to sign it, he then turned to the SG of the UGTT and told him that he was signing an increase for which he did not have the money.

The answer of the former SG of the UGTT has been chilling indifference. “It’s your business, not ours,” he told the Minister of Finance.

From one SG to another of the same powerful labor organization, still at war with the government and against the privatization of loss-making public enterprises, when it had already sold its own companies, the reaction to the same question of the salary increase is virtually the same.

On Wednesday, April 18, 2018, the new SG of the same UGTT left “very angry” as reported by some media and “slamming the door” as others said, the meeting of the signatories of the Carthage Document.

Taboubi reportedly refused to initial the new Carthage document because of a clause stipulating that the government is bound by the commitments signed since 2011, provided it has the means to do so.

Both the former and the new SG of the UGTT do not care about the financial possibilities of a state that goes into debt to pay wages whose bill now breaks all international records in relation to the state budget.

What they want is only wage increases, direct or indirect, through subsidiary agreements or riders.

And even if there are billions in taxes, unpaid and uncollected debts, these are sums that can never be recovered in one or two years.

Tunisian banks, public and private, whose lawsuits drag for about ten years or more to recover only part of their debts, know it. The UGTT knows it too, but it does not care in the least!

It seems that the UGTT, which is outraged at the government for not respecting its commitments, does not meet its own.

It can, also be added that claiming to be a socio-political partner of the government, it cares little or even very little in view of its reactions, of the financial capacities of an entire country which it is sacrificing without qualms on the altar of the immediate well-being of its active employees, and at the expense especially of investment expenditures by the State to give the deprived regions the “Development” strongly demanded each time.

A UGTT finally that applies literally the popular saying of “give me now and kill us tomorrow”.

Does Tunisia deserve such a trade union organization? Nationalist trade unionists such as Ahmed Tlili (behind Taboubi in the photo) or Habib Achour must be turning in their graves at the sight of what the UGTT is doing in 2018!