Tunisia: the public sector is recruiting at all costs! 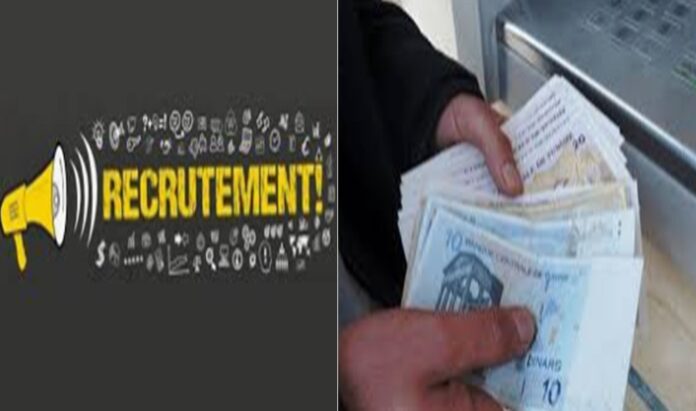 This annual bill represents 40.29% of the State’s total resources (TND 47.227 billion according to the Federal Law), 52% of its own resources and almost 60% of the country’s total tax resources for the whole year.

In the last six months of 2020, the State Treasury had brought 14.170 billion DT (including 12.7 billion DT in tax revenues) into the State coffers in own resources, and had spent 66.6% of it on wages and salaries alone.

The burden of recruitment

The issue of the civil service wage bill therefore remains behind the imbalance in the State budget since the so called revolution.

It is the main obstacle to any financial assistance agreement from donors to Tunisia. This, even if, out of the TND 19.030 billion of salaries and wages, the State levies TND 6.284 billion in the form of direct taxes.

All this, deputies and the government do not seem to care much about it. This is probably by political calculations or also by populism.

In the meantime, it is the whole ARP that opens the ball for recruiters, by adopting a law on exceptional measures for recruitment in the public sector.

At the time, there was talk in parliamentary circles of 75,000 new recruits. Perhaps for political expediency, Kais Saïed had promulgated this law.

No later than Wednesday, August 19, 2020, it was the departing Minister of Education Mohamed El Hamdi who announced the regularization of the situation of 2,686 teachers and the recruitment of a thousand others.

So many new civil servants who will come to inflate the cohort of a civil service, already overstaffed and which weighs heavily, very heavy in the budget and the means of citizens.

This, not to mention the fact that such decisions will be a burden for the next government and a trap for its head.