Tunisia: the unstoppable race towards debt! 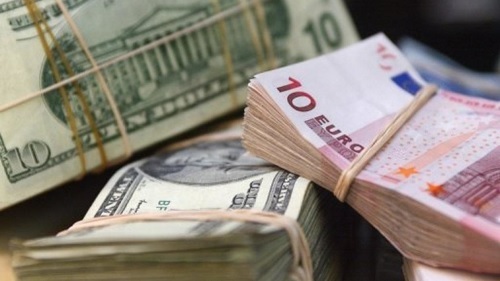 After an interlude of long months, Tunisia eventually decided to borrow from the international financial market, to obtain enough funds to meet a need estimated at about 8.5 billion Tunisian dinars (2.96 billion dollars) of external financing in 2020. To this end, it plans to issue bonds up to €800 million (874.24 million dollars) of debt, a senior official told Reuters.

“As a first step, it is planned to ask parliament to approve the issuance of up to €800 million in bonds next year,” he said, adding that it is too early to determine the exact timing and value of the bonds.

In July, Tunisia issued a seven-year, euro-denominated bond worth €700 million at an interest rate of 6.37 percent.

It will need a total financing of 11 billion dinars next year, compared to 10 billion dinars in 2019, the source told Reuters, asking not to be named. The need for external borrowing will rise from 7 billion to about 8.5 billion, it was pointed out.

The government official said signs of economic recovery would be clear in 2020, expecting gross domestic product growth to exceed 3 percent, up from the 2.5 percent expected this year.

He added that GDP growth could reach 3.4%, thanks to increased gas production and growth in agricultural production.

Tunisia also expects record production of dates and olive oil, two of its main exports. The government aims to reduce its budget deficit from 3.9% of GDP expected this year to 3% in 2020.

To the great displeasure of IMF!

The Tunisian authorities will borrow from the international financial market, probably without having to wait for the next review of the International Monetary Fund and consequently the disbursement of the related tranche, both of which have the value of a green light for all donors, especially institutional ones.

In any case, Tunisia believes that it has fulfilled its duty by adopting a finance law that confirms and enshrines the reduction of its public debt, with the debt falling from 75.1% in 2019 to 74% of GDP in 2020.

Tunisia’s debt situation is no exception to the overall level of debt in emerging and developing economies, which reached a record $55 trillion in 2018, after a continuous eight-year increase that was the largest, fastest and most widespread in nearly half a century.

This is certainly the finding of a World Bank Group study that urges the leaders of these countries to act quickly to strengthen their economic policies and make them less vulnerable to financial shocks.

The study, entitled Global Waves of Debt and covering some 100 countries, analyses in detail the four main episodes of debt accumulation that have occurred since 1970.

It finds that the debt-to-GDP ratio in developing economies has jumped by 54 percentage points since the start of the debt boom in 2010 to 168 per cent.

On average, this ratio has increased by about seven percentage points per year, almost three times faster than during the debt crisis in Latin America in the 1970s.

Moreover, the increase has been exceptionally broad-based, covering both public and private debt, and has been observed in virtually all regions of the world.

Tunisia named by Forbes among 7 countries to be major tourist...