Tunisia: towards removal of company cars and petrol coupons 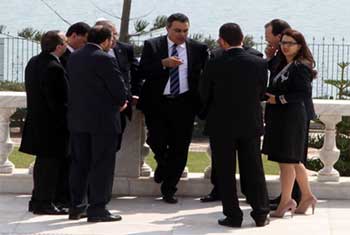 The visit paid by the Tunisian Prime Minister to the U.S. and what he had heard there seem to have finally stirred in the whole government a sense of pride that could be salutary or at least beneficial.

As a reminder and as Mehdi Jomaa himself had indicated during his press conference at the end of the visit, the U.S. President, along with the World Bank and the IMF, had drawn the attention of the Tunisian authorities to the need to combine their own efforts with those parties that continue to help Tunisia in this transitional period.

The U.S., for example, had exceptionally granted a guarantee of 500 MUSD for the second consecutive time, to allow Tunisia to borrow on the international market without too much risk. However, they had demanded that Tunisians rely primarily on themselves.

The Tunisian government still assures and reassures that it is able to pay its employees on time and cash on the nail (800 MTD per month), although it should, as it has already done, launch a national borrowing from Tunisian banks in the form of fungible treasury bonds worth 350 MTD. The Government of Mehdi Jomaa even gives reassurance on its ability to repay previous loans, to the risk of seeing its liquidity become tight until the end of July.

These assurances however have not been coupled so far with a commitment from the UGTT and its base not to go on strike, no longer prevent work through sit-ins and strive to produce more, export more and create more wealth to be distributed thereafter.

These assurances, nevertheless, show the commitment of Jomaa’s government to maintain the Tunisian economy afloat.

Mehdi Jomaa and his team seem, in any case, to go further, as they prepare to launch a large national bond and probably ask for more sacrifices from the population. We have learnt from reliable sources that a comprehensive plan to cut government operating expenses is being prepared.

Without going as far as to reduce wages, including those of Ministers, cuts should reach all operating sections in the budget, telephone costs , travel costs and others like electricity and others. Through this plan, we are assured that the government will save an estimated sum of 1 billion TD over the next two years.

This operating expenditure reduction plan should begin with the removal of company vehicles. The fleet of the Tunisian state would count some 2,700. Cars for officials, double and sometimes triple cars for Ministers and Secretaries of State. And that’s not counting the 70,000 service cars.

For the former, it would be a question, according to our information, to identify them first and then to put them on sale. Priority in this sale will be given to top executives who used them. The state could even give them financial facilities to do so. This should be accompanied by the removal of petrol coupons. This is a financial windfall that most managers do not use in full. Some distribute them within the family circle. Others even exchange them in petrol stations. For departments, only the fleet of official cars will be kept, one car for each Minister and a very small fleet for ceremonial purposes.

The spending cut scheme should also affect 70,000 service cars. We were told that only 15,000 would be preserved and will be used for genuine services of large administrations.

This plan should also have a direct impact on insurance costs and maintenance costs of this bloated fleet of vehicles of all kinds.

– 80,000 TD for the purchase and maintenance of animals at Marzouki’s Presidency

The question is whether the President of the Republic will follow in the footsteps of the government and decide, too, to announce a plan to cut his operating budget. The latter has increased by more than 5.5 MTD in a single year.

We recall, in this regard, and while we’re talking about an indebted state, that the President of the Republic Moncef Marzouki spends lavish amounts for food and other frivolities.

This is not to mention spending for the 7 presidential palaces that cost the Tunisian government nearly 19 MTD per year. The budget of the Presidency of the Republic abounds, indeed, with large niches for cutting expenses that are all “futile” in this lean period and that the head of state could reduce, if not cancel to contribute to this national effort to cut spending. It remains unclear whether Moncef Marzouki will make this gesture or be tightfisted?