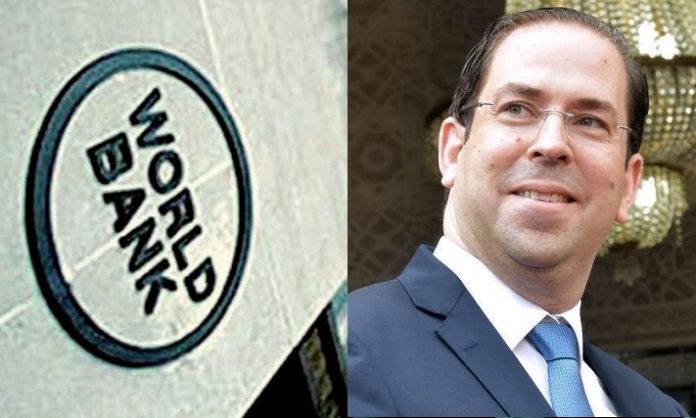 The World Bank announced on Thursday, June 28, 2018, a new $ 500 million financing to support a major package of reforms in Tunisia, with the aim of stimulating private investment and creating opportunities for small businesses, while protecting vulnerable households and increasing energy security.

The operation will support concrete actions to simplify import and export procedures, open many sectors to investment, make it easier for small businesses to access credit and bid for government contracts, ensure social safety nets reach the poorest and help build human capital, and create a more sustainable and greener energy sector.

The loan in support of development policies for investment, competitiveness and inclusion aims to support the achievement of the major objectives set in the country’s five-year development plan for 2016-20.

The operation is based on three components, with the first aimed at implementation of the new investment laws. This will include eliminating 27 of the 127 procedures needed to clear customs.

The remaining procedures will be digitized, to make the process more predictable and efficient. As mandated by law, government procurement will also be digitized to make it easier to bid for public contracts. This will set the stage for achieving the goal of 20% of government contracts awarded to small businesses.

“Digitizing customs procedures will mean fewer opportunities for corruption, and will send a strong signal to investors that Tunisia is open for business,” said Zied Ladhari, Minister of Development and International Cooperation.

“Along with creating opportunities for small businesses, which we know are a vital source of job creation, we also want to make sure they have access to credit by implementing the law on ‘movable’ collateral. Instead of ‘fixed’ collateral such as buildings or land, it will be possible to secure a loan against assets such as inventory – the only kind of assets that businesses run by young people or women tend to have.”

The second component will focus on improving the targeting and impact of social safety nets and expanding access to microcredit. Better targeting will not only ensure that social programs are reaching those that need them most, but will also make implementation of the law increasing the size of payments to beneficiaries more feasible.

The new operation will also support the linking of social programs to better health and education outcomes. The ceiling for microcredit loans will be doubled from 20,000 to 40,000 Tunisian Dinars, to increase the range of potential beneficiaries; from income generating

activities for the most marginalized to start-ups launched by unemployed young people or recent university graduates.

The goal will also be to increase the volume of microcredit loans from the current 731 million to 1,175 million Tunisian Dinars, with 600 million earmarked for women.

“Well designed social safety nets will play an important role in the government’s commitment to leaving no one behind,” said Marie Francoise Marie-Nelly, World Bank Country Director for the Maghreb and Malta. “Along with protecting the most vulnerable from temporary shocks that can accompany reforms, they also provide a ladder out of intergenerational poverty by encouraging families to keep their children in school and promoting good health and nutrition.

Microcredits are especially important for people in less developed regions, who have fewer options for accessing credit.”

The third component will support reform of the energy sector to make it more financially viable and sustainable, and to create the conditions for achieving the goal of generating 30% of all electricity generation from renewable sources by 2030.

A critical step will be the lifting of energy subsidies, which place huge pressures on the national budget and benefit the rich, who consume more energy, than the poor. Lifting subsidies will allow for precious public resources to be re-directed toward social safety nets.

Equally important, adjusting prices along with reforms to increase the economic efficiency of the sector, will mean the electric utility recovers the full cost of generating electricity.

This will be critical for attracting investment in the sector, and addressing the financing needed for the shift to green energy.

They also emphasized that developing the potential for renewable energy would decrease the dependence on imported fossil fuels and promote energy security.

Tunisia: return of the child prodigy, to save the BTK