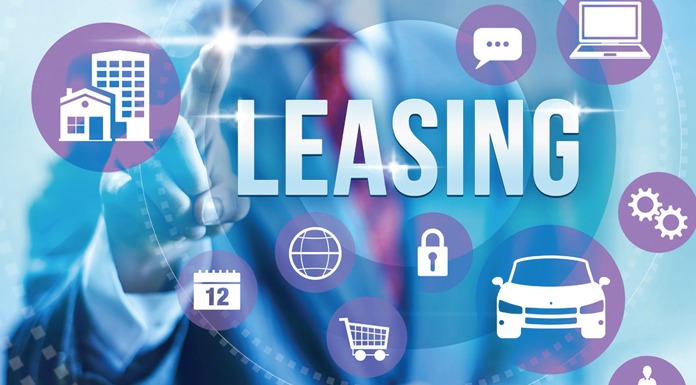 The downgrade of Hannibal’s ratings primarily reflects the company’s weakened capital buffers, which are vulnerable to rising asset quality problems.

The Stable Outlook reflects the agency’s expectation that Hannibal’s creditworthiness will not deteriorate further in comparison with its domestic peers.

The Outlooks on all National Long-Term Ratings are Stable, with the exception of AIL whose ratings have been maintained on RWN pending the outcome of negotiations between France’s Groupe BPCE (GBPCE, A+/Negative) with the Tunisian government concerning the sale of GBPCE’s 60% shareholding in Banque Tuniso-Koweitienne (BTK), AIL’s 95% shareholder.

National Ratings reflect the creditworthiness of an issuer relative to the country’s best credit and relative to peers operating within that country.

Those of ATL, CIL, Hannibal, TLF and UF are driven by their standalone creditworthiness.

AIL’s, AL’s and BHL’s ratings are support-driven, based on support from institutional shareholders.

What about Tunisian NBFIs

Rated Tunisian NBFIs are small by international standards, with equity ranging from the equivalent of around USD60 million (TLF) to USD10 million (AIL) and they operate in high risk sectors. Customers of leasing and factoring companies are mainly SMEs, which often do not publish audited financial statements.

The NBFIs operate almost exclusively in Tunisia (B/Stable), where macro-economic conditions have been difficult since the 2011 ‘Arab Spring’ uprising.

Fitch believes that the economic fallout from the coronavirus pandemic has further increased the risks to the NBFIs’ credit profiles.

The rating agency expects Tunisia’s GDP to contract by 6.5% in 2020, which will be the country’s first recession since 2011.

As a result of these deteriorated economic conditions, Tunisian NBFIs’ asset quality metrics deteriorated in 1H20, with an average impaired and non-performing loans ratio of 14.6% at end-1H20 compared with 11.5% at end-2019.

Tunisian banks and NBFIs have benefitted from the Central Bank of Tunisia’s (CBT) relief measures on asset classification implemented between March and September 2020, meaning that the impaired and non-performing loans ratio at end-1H20 might understate the true extent of asset quality problems.

Fitch said it expected this ratio to increase further, to around 16%-18% by end-2021, as the CBT measures ease.

Funding and liquidity conditions are challenging for Tunisian leasing and factoring companies, which constrains their ability to secure additional resources to grow.

The weak operating environment for leasing and factoring companies exerts a high influence in our assessment of the companies’ stand-alone credit profile, said Fitch ratings.

AIL’s ‘AA+(tun)’ National Rating is the highest assigned to a Tunisian NBFI. The ratings agency said this reflects its assessment that support, if required, would be provided by its highly rated current indirect shareholder.

As for AL’s National Rating of ‘A-(tun)’, it reflects direct potential support from its 63% Tunisian owner Bank Attijari de Tunisie and, in turn, indirect support from Morocco-based Attijariwafa Bank (AWB).

ATL, CIL and BHL are rated ‘BBB-(tun)’. ATL’s National Ratings are based on its stand-alone financial strength and underpinned by potential support from its ultimate shareholder, Jordan-based Arab Bank Plc (AB; BB/Negative).

ATL enjoys a solid position as a second-tier player in the Tunisian leasing market where it controls a 15% share. The company’s experienced and stable management team adopts a relatively cautious risk appetite.

On their part, CIL’s ratings reflect a reasonable market share (13%) and key financial metrics that are consistently at the higher-end of the peer group.

CIL and AL are the only rated Tunisian leasing company that write business at floating rates, thereby reducing exposure to market risk.

As for BHL’s ratings, they reflect Fitch’s opinion that support from its majority shareholder, Banque de l’Habitat (BH), if required is possible but cannot be relied upon.

BH, a large Tunisian bank, is 58% owned by the Tunisian state. It directly controls 42% of BHL, determines its strategy and controls management

UF’s capitalization ratios are relatively sound compared with peers and its funding profile also benefits from having three bank shareholders, but its absolute size is small.

Finally, Hannibal’s National Rating of ‘B+(tun)’ is the lowest across the peer group. Hannibal is Tunisia’s second-largest leasing company, with a market share of around 16%-18% at end-1H20.

The rapid build-up of lending in recent years has boosted the franchise but was at the expense of some sector concentration and aggressive pricing.

The economic fallout from the coronavirus has exacerbated the risks stemming from the seasoning of its lease portfolio, as evidenced by the sharp increase in the company’s impaired and NPLs ratio to 14% at end-1H20 from 8% at end-2019.

The Outlooks on the long-term ratings, with the exception of AIL, are Stable. For support-driven ratings, this reflects our opinion that support assumptions regarding institutional supporters’ ability and propensity to provide support will remain unchanged.

For ratings driven by standalone assessments, this reflects our expectations that the creditworthiness of the rated entities relative to each other will not experience significant changes over the rating horizon, the ratings agency said in conclusion.

2019 election year, between the deep-seated fear of Ennahdha and the...