Unexpected outburst of Erray about expats 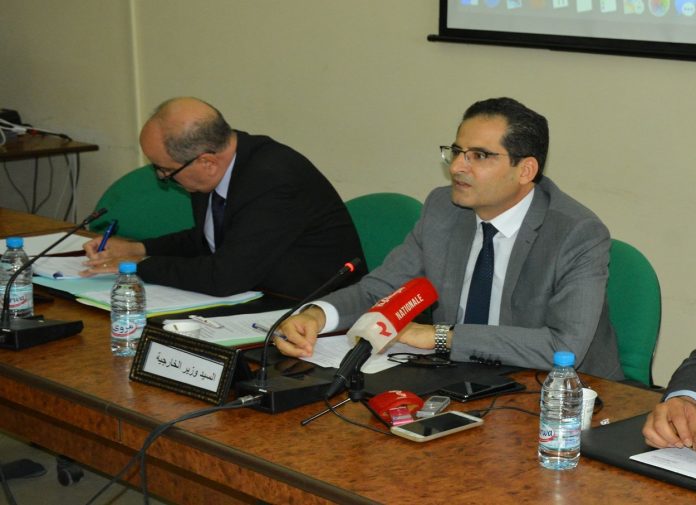 Not very talkative in the media, and usually calm and reserved, the Tunisian Minister of Foreign Affairs, also known as the head of diplomacy, came out swinging during his hearing, which he probably has not appreciated, by the HPR’s Committee on Rights and Freedoms, on June 11, 2020.

Of all these issues, some members, particularly those representing the Tunisian expatriates, had campaigned on them, ending with the Tunisian foreign minister’s invitation to explain them to their peers.

“Diplomacy is not about raising your voice and shouting … There are sensitive things, issues that should not be in the hands of the press … Let the sovereign ministries work.

They have a mission to defend national sovereignty and to reframe certain things… We are working under a pressure that has gone beyond all limits, given the daily volume of burning issues and incidental matters, and that has had a strong impact on the pace of consideration of these issues and strategic reforms.

Excuse me for saying this, but I am saying it anyway and I am not afraid of anyone, the country is abandoned…

All that was said was not generalities and slogans and anarchy. The state works without planning or clear strategy in all areas … There are 20 thousand things that are, and this is the result of an accumulation of 12 years … Lobbies are pushing in this direction”, unusually indicated Noureddine Erray in an almost diplomatically incorrect impulse.

These comments spoke volumes about the minister’s stress, some of which could be understood as targeting the Prime Minister.

Or again, and according to what was reported in the local press, as when he was charging his finance colleague Nizar Yaiche for the latest increases in fees for certain consular services.

The situation is difficult … There are problems and constraints.

Regarding repatriation, Minister Erray indicated that the operations have been positive overall, occasionally reporting hearsay concerning allegedly granted passes, calling for proof to be provided to the MFA, and indicating that for repatriations that may turn into final returns, his ministry coordinates with the authorities of the countries concerned, particularly the Gulf countries.

He also raised the issue of “exorbitant” flight prices, assuring that “we have no power to impose a price scale on Tunisair.

It is a private company (sic)”, according to what Saida Lounissi reported on her social media page.

It is not known whether the question of certain ambassadorial posts, which have remained vacant, was on the agenda, but he announced before the MPs that a reform of the administration of his ministry would be under way, to reform the criteria and parameters for the appointment of diplomats, which would henceforth be based on competence and not seniority.

At the end of the hearing, according to what was also reported by the former member of the government and currently MP Lounissi, Noureddine Erray tried to temper his excess of anger regarding issues affecting the Tunisian expatriates, and “perhaps feeling the awkwardness of his remarks at the beginning of the session, he made a point of recalling that he is also the Minister of the Tunisian community abroad.

What is certain is that neither the Tunisian expats nor the Prime Minister will forget this outburst by Erray.