HomeInterviewVice President of CTICI: Italian companies demand a little flexibility on the...
Interview

Vice President of CTICI: Italian companies demand a little flexibility on the part of unions 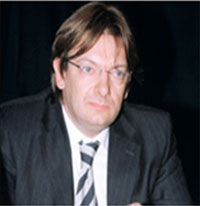 “Four Italian companies have put the key under the door”

Chairman of the Delta business center and Vice President of the Tunisian-Italian Chamber of Commerce and Industry (CTICI) gave Africanmanager an exclusive interview in which he said that the political situation is not dramatic, whereas security remains a concern. However, he noted a decline of Tunisian exports to Italy which is caused mainly by the slowdown in some activities due to social demands.

Concerning the events that recently occurred in Tunisia, Sandro Fratini said that this has a negative effect not only on the Tunisian-Italian relations but also on Tunisia’s relations with the rest of the world. This spiral of killings has only worsened the economic situation of the country already weakened because of sit-ins and strikes.

How is the current (economic, security and political) situation in the country?

It must be said that the political situation is not dramatic. In a context of democratic transition, it is quite normal to have moments of tension. Tunisia is a country full of skills who will guide the country safely. Although the security situation is more worrying now, I am confident and certain that the Tunisian authorities will control the situation. Do not forget that this must also depend on the establishment of a stable environment conducive to economic growth. Regarding the economic situation, it is less rosy. Figures are very worrying and the declining value of the dinar is catastrophic.

Is trade between the two countries satisfactory?

Yes, it is satisfactory, despite the decline of Tunisian exports due to the slowdown in some activities because of social demands.

With a business volume of about 5 billion Euros, the Italian presence in Tunisia is significant with more than 700 companies providing around 60,000 jobs. Note also that Italy was the first job-generating country in Tunisia last year and about 6,000 Italians are living in Tunisia.

Are there any current Italian funding projects?

Yes, there are several financing projects underway especially with the Region of Sicily including a scientific project with the University of El Manar, the Pasteur Institute, the Charles Nicoles Hospital and the Health Department. There is also a marine biotechnology project in partnership with the Biotechnology Centre of Sidi Thabet, the Inter-professional Grouping of Fisheries and the Institution of Research and Higher Agricultural Education.

What is the impact of the events that occurred recently in Tunisia on the Tunisian-Italian relations?

I would first like to express my most heartfelt condolences to family members of victims of the Mount Chaambi, martyred soldiers and all Tunisians.

The events experienced by Tunisia have a negative effect not only on the Tunisian-Italian relations but also on all Tunisia’s relations with the rest of the world. This spiral of killings has worsened even more the economic situation of the country which is already weakened because of sit-ins and strikes. Cancellations of hotel bookings are an immediate consequence of these events.

Are there any claims on the part of Italian companies operating in Tunisia?

Italian companies have, since the beginning of the Revolution, expressed support for the Tunisian people and the democratic transition to which they aspire. The only claim is a little flexibility on the part of unions to resume the activities and step up production. It should be understood that it is thanks to these already established companies that others will arrive.

What is your assessment of Italian companies operating in Tunisia?

I would also note the interest of Italian energy companies, mainly PV which will be definitely the next Italian investors arriving in Tunisia.

Are there any companies that have left Tunisia after the Revolution?

The official figure of Italian companies that have left Tunisia is four, but I personally think that these companies had some difficulties before.

What about the arrival of a new Italian Ambassador to Tunisia and the collaborative relationship between the Embassy and CTICI?

We had the honor of being received recently by His Excellency Raimondo De Cardona who said he was committed to strengthening bilateral cooperation and increasing economic exchanges during his mandate, through a joint action aiming to encourage Italian investments in Tunisia in sectors with high added value and mutually beneficial. The Ambassador said to be ready to support a good collaboration between the Chamber of Commerce and the Tunisian-Italian Embassy.

Which role for the Delta Center in the development of Tunisian-Italian relations?

The Delta Center has always worked for the implementation of partnerships between Tunisian businesses and their counterparts in Italy. I would remind you that we have scheduled a series of missions of Italian businessmen in Tunisia with a frequency of one mission per month until the end of 2014. This will create several Tunisian-Italian joint ventures.

I support the ongoing transition and I encourage the Tunisian authorities to carry out the transition to an end, in a spirit of dialogue and respect for the roadmap.