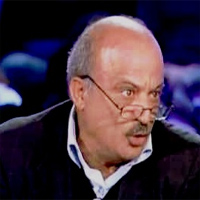 In an interview with Africanmanager, Afaya Kacem, deputy secretary general of the Tunisian General Labor Union (UGTT) said the labor organization remains committed to dialogue as a key tool to solve problems, especially since the cost would be lower not only for all parties but also for the country. However, he said that participants in the dialogue should begin with harnessing it away from political wrangling and double talk.

The Ministry of Education decided automatic access to upper classes for all primary school pupils. What do you think?

The recent decision of the Ministry of Education regarding the automatic grade promotion for all primary education students will have negative repercussions in the short and long term.

This decision is detrimental to the credibility of the tests, the level of training and general education. This is a violation of the principle of equal opportunities between students, but the most dangerous is the headlong rush of the Minister of Education.

I think that decision will affect not only the education sector but also other sectors.

There is place to find solutions by the means that allow the government to regain its credibility by honoring its commitments and meeting the many and varied calls while thinking about long term radical solutions far from improvised solutions.

Several rumors circulate these days claiming that the UGTT is facing a wave of tension and a certain division. Can you clarify?

The UGTT is the pulse of civil society and is the result of different social, civil and progressive components. It is natural that it is affected by what happens inside this community, especially as it has chosen to be part of its consciousness.

However, although rumors are intended to disrupt us, the UGTT has reached a respectable level of maturity and accumulated experience allowing it to deal with them. Therefore, these initiatives could only consolidate our resilience and our strength.

However, several parties say you are engaging in a showdown, especially in the treatment of some burning issues. What do you think?

The UGTT is committed to dialogue as a key tool to solve problems because it is the best choice that would cost less, not only for all parties, but also for the country. Indeed, it has been proved. But we are sure that the success of the dialogue depends on its credibility, because if one of the parties involved in this process does not honor its commitments, it would affect not only the credibility of the dialogue, but also that of the other party.

Therefore, credible dialogue remains useful for all to address burning issues or other points.

Still, I think that participants in the dialogue should start with the same data by dealing with them away from the double standards policy. For this would affect the trust of those parties.

Is the UGTT for or against a cabinet reshuffle?

The UGTT favors anything that would guarantee the implementation of adequate solutions to the situation currently affecting the country and which is characterized by the existence of several burning issues. This situation has also worsened with the disruption that marked the government, some components of which have not yet clarified their policies and decisions.

Besides, it is not yet known whether they belong to the government or if they are part of the opposition.