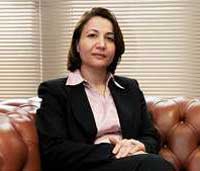 Lamia Ben Mahmoud, CEO of reinsurer “Tunis Ré,” gave Africanmanager an exclusive interview in which she has compiled the inventory of the insurance sector in Tunisia.

She also expressed satisfaction at the results of the company, citing its strategy and plans for the future and the financial difficulties encountered by the company including those related to the Finance Act 2014.

What is the current state of affairs of the insurance sector in Tunisia? Are there any challenges to be met?

Despite the still fragile national economic and financial context, the insurance industry was able to end the year 2013 with a sales increase of 8.3% with a total investment of 3,420 million Tunisian dinars (MTD), up 9% compared to 2012.

However, the sector does not fully play its role of savings collector. This role has long been hampered by structural weaknesses that have left it below its potential, namely a low penetration rate in the economy not exceeding 1.8% of GDP against a global average of 7% and an annual amount of per capita expenditure on insurance not exceeding 100 dinars against a world average of 800 dinars.

This is also explained by the limited participation of life insurance in mobilizing domestic savings with a modest share not exceeding 14% of the total turnover of the sector against a world average of around 60%.

This is due to several shortcomings involving the size of the market (market too crumbled: 23 resident companies) with a capital base rather weakened and some branches structurally deficient (automotive, health, etc…)

This is why the year 2013 was marked by the launch of two strategic studies. The first provides for the development of a public/private program contract over 5 years (2014/2018), which aims to improve the penetration of the sector and strengthens its contribution to the efforts to develop the national economy. As for the second study, it focuses exclusively on auto insurance and should lead to a new pricing approach.

Yes, absolutely, because in spite of a highly competitive national and regional environment, “Tunis Ré” was able to achieve good performance in 2013. Its main indicators are:

In addition, during the year 2013, the rating agency AM. Best has affirmed the company’s technical soundness ratings at B + (good) with stable outlook, thus authenticating the performance of its financial solvency.

As regards 2014, the technical activity of “Tunis Ré” continued to grow easily, posting an increase of 14% with an improvement in its net charge loss of 3%.

What are the major future projects of Tunis Ré?

Strategic alliance is currently our largest project for the future. Indeed, “Tunis Ré,” leading reinsurer and a major player in the insurance sector in Tunisia and throughout the MENA region, is starting this year, the last stage of its development plan for the period 2012/2016 , namely enlargement of its shareholding to a strategic partner.

“Tunis Ré” has a certain value. It has evolved and grown significantly thanks to the dedication and expertise of its employees and the confidence and support of its partners and shareholders. It has contributed throughout its thirty years of existence to market regulation, consolidation of national capacity for retention and development of a business drive with regional and international markets.

Today, “Tunis Ré” needs a strategic alliance that will comfort its growth in an environment that is becoming increasingly competitive and dominated by Mega Reinsurers.

With this partnership, “Tunis Ré” would approach a new stage which will enable it to promote its performance, strengthen its capacity, consolidate its gains and build a better future.

Are there financial difficulties encountered by the Company or a problem with the Finance Act 2014?

In fact, the result of 2013, although improved compared to 2012, was heavily impacted by the creation of an additional provision for risks and charges amounting to 2.5 MTD after taxation by withholding of premiums ceded to reinsurers, nationals of countries that have not signed agreements to avoid double taxation with Tunisia, knowing that this tax has never been applied in the past.

Fortunately and after long discussions with the administration, we were able to insert new provisions in the Finance Act 2014 which established the principle of the exemption of these premiums. But the issue of the retroactivity of this exemption remains posed as it applies to 2014.

That is why we asked the administration to consider the problem of retroactivity under the supplementary finance law.

You mentioned at the financial reporting of the company that you want to integrate new African markets. Can we have more information about this project and what will be these markets?

Since its inception in 1981, “Tunis Ré” has always given its relations with Africa a privileged place, thus establishing its African dimension because of its deep belief in a common destiny and the imperative of cooperation and solidarity with its African partners.

It is in this context that “Tunis Ré” opened its representative office in Abidjan, Côte d’Ivoire, in late 2012. Our presence in Côte d’ Ivoire is part of the development of our business throughout the sub-Saharan region of Africa.

The African market is being organized, the outlook for this market is huge and this comforts us in our vision of choosing Abidjan to open our first representative office in Africa. This outsourcing will be followed by other openings which will be announced in due course.

But for now, our next expansion on the continent will build on new products such as Retakaful and micro-insurance. The Muslim population in Africa is certainly interested in Takaful coverage.

Tunisia: value of fruit exports down 35%