HomeInterviewA million Tunisians below breadline and food shortage will hit Beja and...
Interview

A million Tunisians below breadline and food shortage will hit Beja and Jendouba, says Khalil Zaouia 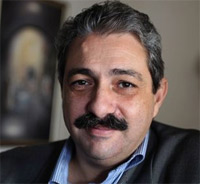 Poverty in Tunisia, the strategy of the Ministry of Social Affairs in the fight against poverty, as well as the Brazilian model Tunisia wishes to adopt to deal with this scourge were discussed at an interview given by Khalil Zaouia, Minister of Social Affairs to Africanmanager.

What is the state of poverty in Tunisia? What has actually changed after the fall of Ben Ali’s regime?

Poverty is a phenomenon concealed by former regime, since official figures, in 2005, had estimated the poverty rate at only 2.4%. But the update has shown that it far exceeded 11.5%. This figure showed that more than 200,000 families are supported through assistance to needy families with an average of 4 people per family, so a million people already live below the extreme poverty line and need to have assistance. To this is added precariousness, that is to say the number of low-cost care cards which are around 470,000 books.

Indeed, the official figures of poverty were shelved for political reasons, particularly for propaganda purposes internationally.

However, the fight against poverty is almost an emergency, as this phenomenon is beginning to affect food security, so much that some areas dependent on agriculture such as Beja and Jendouba may face food shortage. These regions will encounter certain and real difficulties.

Is there a program in place to limit the spread of this scourge?

What existed before the Revolution were programs separated from each other. They are produced in the absence of a comprehensive vision or integration into a policy. All systems, namely the 21/21 Fund, the mechanisms of employment, construction workers and aid to needy families were used for political purposes and sometimes the subject of financial malfeasance, such as the 26/26 Fund. There was no coordination or holistic integration. They help needy families but they remained still in need. Because the premium or compensation awarded is not enough to live properly. The essential thing is not to provide assistance, but rather to allow these families to have a livelihood, eg paid work. But on that plan, no vision was present.

Several categories of people were indeed victims of these funds; including, for example, the disabled who have been marginalized until now. Thus, women are the most affected by poverty and unemployment. Two out of 3 unemployed are women today.

What are the goals of the ministry?

The goal now is to build a comprehensive vision that involves not only the Ministry of Social Affairs, but also other ministries such as Employment. The point is also to establish a system that integrates all social programs, affecting even the compensation fund which is currently granting subsidies that benefit upper income social groups because they are the largest consumers. We’re supporting more upper income earners without targeting precariousness and poverty.

What is the budget designed to achieve its objectives?

A huge budget effort was allocated for these purposes. The total amount of social transfers of the Tunisian State for the year 2012 was set at 3.5 billion dinars, i.e. a third of the state budget, which is not negligible. However, on the ground there is not really a perceived effectiveness. We always help people, and they remain in poverty and unemployment rates remain the same.

Hence the need to have a clear vision and reorient this aid and the social inclusion objectives to those most affected by poverty. This vision must be based on an information system that is more efficient and more open to manage data of the entire system.

Tunisia wants to imitate the Brazilian model in the fight against poverty? Why this choice?

The Brazilian model is a forerunner in this field. This is one of the first models in the world that have demonstrated their effectiveness in the fight against poverty. Indeed, the Brazilian system manages more than 50 million people and 13.5 million poor families. This program is very broad. Brazilians have made use of mechanisms and a management unit that is totally decentralized. Fifty million people are spread over about 15 federated states in the country.

The Brazilian model is based on an integrated and centralized system with modes of information including all social transfers. The main idea of this system is not to provide aid but financial support in return for an activity. This is a conditional aid that aims to socially integrate the population.

What unemployment rate is expected?

Today, we are in a period of political transition. More, no political party in government has presented a program on the subject, on a few years. But we expect poverty to fall by around 4%. It is a medium-term objective. However, four basic needs should be met by the State, namely the right to health, not to be hungry, housing and the right to a job. These are the responsibilities of the State, and this is our short-term program.

Do you think that rising fuel prices could penalize the purchasing power of poor families?

For the poor, rising fuel prices have less impact because they do not have cars. By cons, it will affect the cost of finished products that are sold. But we do not believe that this increase should have a more or less important impact.

We were forced to increase fuel prices because there were no other solutions. If not we continue to collect more money from the state budget of the compensation fund and we will return to the system that favors the rich. Today, we are going to compensate fuel in favor of the middle class but also the richest classes that consume more fuel than the middle class.

So this vision must change not to favor the rich. We must target social assistance and compensation.