HomeInterviewA social protection floor is the best solution to offset the deficit...
Interview

A social protection floor is the best solution to offset the deficit of CNRPS, according to Said Bilel 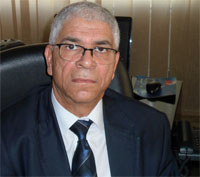 In an interview with Africanmanager, Said Bilel, CEO of CNRPS underlines the urgency to address the issue of the Fund especially with the worsening of the deficit. The establishment of a social protection and universal health coverage floor would be one of the solutions to remedy the situation, he said.

Can you take stock of the Fund?

The assessment is in line with expectations and since the deficit of CNRPS is structural, it can only be negative.

What are the main causes of this deficit?

This is true especially since the revenue of the fund shall consist of contributions, 99% of which come from the rate of retirement and death benefits. Therefore, the resources come from contributions and expenditures from pensions. When expenditures exceed revenues, this would lead inevitably to a deficit.

The forecasts for 2014 are even more complicated. The revenue would be estimated at 2,502 million Tunisian dinars while spending would reach 2,785 MTD, i.e. a deficit of 283 million dinars. And things will get more complicated.

This is the first structural cause which remains also linked to the disproportion between contributors and beneficiaries of pensions.

CNRPS affiliates consist primarily of staff working in the public service, local authorities and public enterprises. In 2012, the number of members reached 715,254 against 646,033 in 2010.

It is true that there would be hiring in the public service at around 40,000, but if we break this figure, we see that it is the compensation of employees working in construction sites and in the field of subcontracting. It is true that there was recruitment, but this has touched individuals with low incomes. And yet, if there was no recruitment in this category, the deficit would be worse.

The second exogenous cause to the CNRPS is the one relating to life expectancy. This is a factor which already distinguishes developed countries from emerging ones. Despite its importance, this factor affects the pension plan. At the CNRPS, the average period of enjoyment of the pension is around 20 years. It is true that this factor is demographically important, but it also has implications for the pension plan.

The third reason is the one relating to employees who assert their right to retire while enjoying their full rights. In the past, those who have completed 30 years of service are a minority. Today, they are no more than 30%, and they are retiring by enjoying their rights.

The last factor is linked to the evolution of the average pension through salary increases, and this in a context marked by wage increases. This pension has reached in 2012, 450 td, when it could reach 800dt in 2014.

What would be the strategy of the fund?

The situation in CNRPS is certainly worrying, but it is not catastrophic as indicated by several media which said that there is a great risk that the Fund will be unable to meet its obligations or to pay pensions.

The state is always guarantor. Moreover, the Fund no longer has reserves and liquidity, though it is now paying pensions from affiliates’ contributions. And every time the need for financing arises, the State intervenes to give us advances on contributions.

In 2013, we received 150 million dinars as an advance on the contribution. Worth noting that this is not a gift or a premium, but these are advances to allow the Fund to fill its eventual deficit, monthly, and to pay pensions.

But now the state is facing a number of problems?

I quite agree with you, as the current economic situation is fragile and the situation can not be managed in the same way.

Because of that the situation in the CNRPS is a priority. There is an urgent need today to find radical solutions since they require reform for the entire pension and social security system.

Several questions arise today. Is the government, which will leave within a few days, able to make major decisions? And will the next government which will rule for a short period, address this thorny issue? I doubt it.

The first deficit of CNRPS dates back to 1993. But there has been extensive work to see the causes of the deficit and how to rectify the situation to allow the scheme to continue to honor its commitments.

There was a whole strategy to reform Social Security in 1994. The strategy was in three stages. The first concerned the need to undertake immediate steps to rectify the situation. For the second step, we tried to verify the situation since it was found that there were some deficiencies in regulation while the third stage concerned the great reform, that is to say, the reform of the health insurance and retirement.

We began by reforming health insurance, since we thought it will bring improvements for the population, but it turned out that this is a complex reform requiring 8 years for this reform to be competitive. Just after we attacked the pension reform and just before the revolution, we were about to build this reform by initiating meetings with social partners, and everyone agreed on the reform retirement fund. Moreover, texts were prepared.

In such a situation, what are the solutions?

The state must continue to grant advances to allow the CNRPS to honor its commitments. There is no alternative, especially since no provision has been made for the CNRPS although a series of measures were proposed to be stipulated in this law. But then, nothing has been done for the CNRPS.

What would be your message to the new head of government?

It should work for dialogue. If the new government managed to establish a dialogue on the pension plan in coordination with all social partners and political parties especially that there is an emergency, we will arrive at a consensus to study measures.

Among these measures, there is an increase in the retirement age that has not changed since the introduction of this scheme. Worth noting that several European countries have revised upward the retirement age. Other sources of funding need to be sought too since the only source remains contributions.

Can you give examples?

In a comparative study, Tunisia is the only country where the state does not intervene while in many countries, the state intervenes directly through grants the retirement plan or indirectly by establishing a welfare tax.

Another solution: review the entire system because the current PAYG system is closely linked to demographic change.

Similarly, there is a solution recommended by the International Office. In this respect, one should not talk about social security, but a social protection and health and universal coverage floor.

This program has three levels. The first aims to ensure a minimum income for all social strata and minimal health coverage that will be financed by the community rather than through contribution.

The second stage is that of limited contribution. We guarantee your income with a 50% refund, and the latter is complementary to those who want to ensure their full wages, they can contact the insurance for the remainder of their pensions.

It is a coherent system that provides the coverage of all social strata.