HomeInterviewAchraf Ayadi to Africanmanager: No government has managed to keep its growth...
Interview

Achraf Ayadi to Africanmanager: No government has managed to keep its growth forecast after 2011 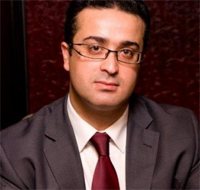 Achraf Ayadi, banking and finance expert, resident in Paris, gave Africanmanager an exclusive interview in which he noted that no government has managed to keep its growth forecasts after 2011.

As for the fall of the dinar, he said that its rise against major currencies is not, by itself, a sign of recovery, calling, however, to engage in urgent reforms to be implemented and an economic model to be rebuilt.

How do you see the country’s economic situation?

Figures for the first 7 months of 2014 speak for themselves: annual economic growth lowered to 2.8%, which is insufficient to absorb the unemployment level, the decline in export volumes (-5.2 %) and value (-1.8%), increase in import volumes (+2.6%) and value (+3.8%), trade deficit beyond control 7,687 MTD, contraction in industrial production, contraction of FDI, etc. There are characteristics that need to be stressed.

The latest release of the Executive Board of the Central Bank announced massive injections of liquidity 5,489 MTD in July. At the same time, the National Institute of Statistics (INS) announced an annual inflation rate of 6% year-on-year for the same month.

How can we combine liquidity pressures at banks, and inflation in that figure? Is BCT going to pursue a policy of “quantitative easing” that dares not speak its name? All the world’s central banks which operate such liquidity injections specify an inflation target threshold above which they stop the charges! Are we still far from the alert threshold? The answer is no. Institutional and economic conditions to practice such a policy in Tunisia are not met.

This is true, especially since the root cause of our inflation is not monetary, but is also imported!

It should be recalled that in the bulletin of the National Institute of Statistics (INS), prices of certain food products rose 7% to almost 12%. These will be supplemented with further increases in the same order in energy and water. ! The only possible explanation is that large areas of the Tunisian economy are liquid and completely outside of statistics. The informal economy, friability of borders and wild food exports to neighboring countries induce imbalances between supply and demand that are reflected in prices.

You do not expect a recovery after the October elections?

Our situation is somewhat unstable. Since 2011, no government has managed to keep its growth forecast when voting successive finance laws and their supplementary budgets. Even our own efforts in public investments do not bear fruit. Recognizing the weakness of industrial investment and the slowdown in the pace of job creation, the state should have temporarily replaced the private sector to revive the economy.

On the one hand, the administration has failed in the execution of projects identified and budgeted. On the other, the budget deficit is primarily used to pay the compensation and our foreign debt.

The facts are there: the strategy of Go-and-STOP turned into sluggish growth and near-austerity under IMF supervision. There are certainly non-economic factors behind this volatility. The transition to democracy has taken a winding and bumpy path. The fact of having passed a satisfactory constitution and changed the political government by a government of technocrats led to “a slight pick-up” of indicators, but did not change anything structural.

Finally, we must take into account the pessimistic forecast of most international analysts for the year 2015. European growth does not take off, that of emerging countries remains dependent on multiple endogenous and exogenous factors and geopolitical tensions between the West and Russia. A new form of “cold war” will spare neither the price of oil barrel or international trade. In Tunisia, this phenomenon is not without consequences for our general compensation fund and our trade deficit.

What are the effects of the fall of the dinar against the euro and the dollar on Tunisia and when can we speak of a recovery?

The rise of the dinar against major currencies is not, by itself, a sign of recovery. We have urgent reforms to be implemented and an economic model to rebuild. On the one hand, exporting and off-shore sectors should get back on their feet.

We should recall the fall in FDI in these strategic areas to feed our balance of payments in Euro. On the other hand, the massive debt in dollars should be minimized. We must fund our deficits by a true endogenous economic growth. What is dangerous for us today is the fact of borrowing in dollars to pay the salaries of civil servants in dinars! Borrowing in foreign currencies should be used to acquire capital goods useful to productive sectors, and to a lesser extent, to buy food and energy than we can not produce ourselves. Moreover, given its contribution to growth, the agricultural sector is no less important than the tourism sector to support the dinar. Food self-sufficiency would allow us to make large savings in foreign exchange.

In short, to expect a recovery, we must put Tunisia to work calmly and quickly … increase our exports, reduce our foreign currency debt, modernize the productive apparatus, re-industrialize the country from inside, stop paying people to do nothing and make the country attractive for “real” tourists!

What are the effects of the crisis in Libya on Tunisia, in particular on property prices?

I have already spoken on TV about this. Our humanitarian duty requires us not to return Libyan families. The long-term relationships between our countries go beyond the current tense situation. We are two people doomed to work together especially as our country have many complementary characteristics.

After rebuilding, Tunisian companies and workforce ill be the first to benefit from a stabilization of the political situation in Libya. Meanwhile, they arrive with currencies we need, get the economy (formal and informal!) moving and revitalize the private sectors of health and tourism at a time when Tunisia is perceived as a destination “at risk “by most Western governments. The price to pay is there: rising property prices, competition with the consumption of subsidized products and tensions with the population.

Tunisia : «The negative prospects of the BNA» ?