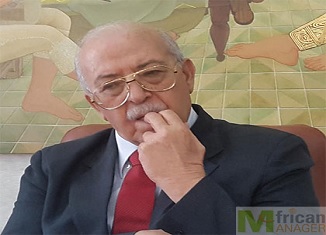 Governor of the Central Bank of Tunisia (BCT) Chedly Ayari delivered an important speech on Thursday, November 5, 2015, as he switches from forecasts and analyses of the Tunisian economy situation to talk about the bank he will head until 2018 (he could not again escape questions from some media and insisted on recalling it for the umpteenth time) and the banking sector which represents the regulatory authority.

The occasion was the signing of a second twinning agreement between the BCT and the “Banque de France” in the amount of EUR 745,000, which aims to “modernize the operational framework for monetary policy” which began in May 2015 and will last 24 months.

Targeting inflation to return it to an implicit target!

The Governor of BCT, Chedly Ayari, first, reminded of the first twinning that helped “provide the Bank with a framework for analysis and forecasting, able to allow to, at the right time, to shift to a monetary policy strategy based on inflation targeting.”

He did not say when, especially as inflation, although dropping, is still sizeable at 4.2%; inflation which Governor Ayari himself had said it was only deflation. He then said that “today, the BCT has a toolbox that allows it to carry out detailed analyzes of the economic, monetary and financial situation”. He announced, also, without too much detail, the intent of the central bank to “conduct a proactive monetary policy, able to anchor inflation expectations and thereby able to return inflation to its medium-term implicit target.”

Towards financial liberalization of the economy to attract more capital

Always informative, Governor Ayari continued to speak of projects to be financed by the “Banque de France,” through twinning. These include now “improving the operational framework for the implementation of monetary policy,” he said. But more importantly, the Governor stated that this improvement will be done “by dedicating the interest rate as a privileged instrument of monetary policy, contributing to the emergence of a short-term interest rate curve (…) to deepen the foreign exchange market and bond and improve the attractiveness of the Tunisian financial market.”

End of the explanation, before announcing that all this will help “prepare the ground for greater financial liberalization of the Tunisian economy, able to allow it to attract stable capital flows to finance job-generating productive investment.”

Ayari speaks out about decision to cut key interest rate

And as if he felt the need to explain the latest decision of the Executive Board of the BCT to cut the key interest rate by 50 basis points, Ayari said that “the situation underwent by Tunisia, rightly, requires the BCT to be constantly in an arbitration situation between a

And for those who would not have understood it, the Governor added that “indeed, the recent cut in BCT key rate fits perfectly into this logic of things.”

Criticism and nudges from the regulator to his flock

Then came the criticism and “nudges” towards bankers, especially as many of them were present. He criticized, without seeming to do it, “some distortions, often resulting from common practices observed on the interbank market, such as consensus on the daily rate.”

Alternatively, but less serious than this illicit consensus, “the outbid on pay rates for deposits and marketable debt securities”. These practices, to say the least, “hinder the development of the money market,” as he said.

Not certain of being heard in a financial market where the seats were not always for the right skills, the BCT Governor then questioned bankers who “show a reluctance to conduct repo operations, though they are secure and regulatory operations. ” In the same vein, Chedly Ayari also spoke before bankers of the “the project of delivery against payment” which does not seem to be welcomed by market professionals.

Two other new features were announced by the Governor of the BCT on this occasion. First, the overhaul of the statutes of the BCT and then the draft amendment to the law governing banking.