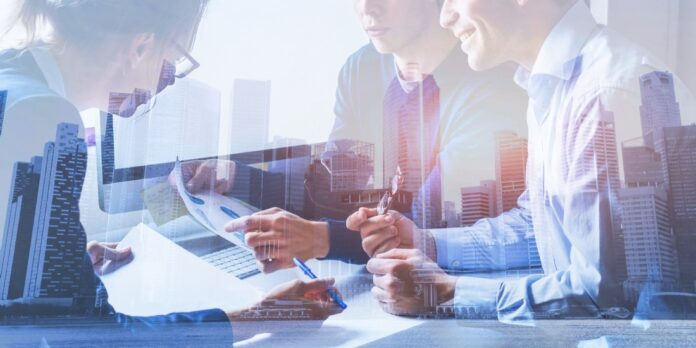 13% of foreign-invested enterprises reported having shutdown because of the impact of the COVID-19 pandemic, according to the annual survey of the SME health Barometer “MIQYES”, conducted by the Confederation of Tunisian Citizen Enterprises (CONECT).

The survey, which targeted a sample of 527 SMEs, during the period from September 21 to November 5, 2021, showed that 84% of these enterprises have seen their activities impacted by the health crisis. One out of two companies declared that they were willing to restructure their financial situation.

Under the microscope, the business environment proved to be unsurprisingly discouraging, with only 8.4% of SME managers believing that the current fiscal framework is encouraging, compared to 49.4% who consider it demotivating.

As in previous editions of MIQYES, the tax administration is considered by SME managers as the main administrative blockage (19.7%), followed by customs (16.5%) and finally authorizations (13.1%). In fact, 30% of enterprises with predominantly foreign capital consider that customs represent a source of administrative blockages to their activities.

Decline in turnover for 2/3 of SMEs

Among those surveyed, one third of managers say they have been confronted with a corruption situation in 2020, compared to only one quarter of respondents in 2019. The MIQYES survey also revealed that 69.7% of enterprises saw a decline in turnover in 2020, compared to 32.4% in 2019 and only 41.6% said they made an accounting profit compared to 66.8% in 2019.

At the opening of the 5th edition of MIQYES 2021, president of CONECT, Tarek Chérif noted that this survey conducted in cooperation with the United Nations Development Program (UNDP), has helped to assess the impact of the COVID-19 pandemic of on Tunisian SMEs including those with foreign holding.

The pandemic has had a significant effect on the situation of SMEs, causing them several structural and financial problems and leading to the disappearance of a large proportion of them.

97% of these enterprises encountered difficulties due to the measures taken to combat the spread of the coronavirus, including the cessation of activity and the halt of export operations.

The remaining 3% of these enterprises have seen their situations improve, given that they operate in pharmaceuticals and virus detection.

According to Cherif, half of the companies surveyed have lost their capital and 35% have had financial difficulties to continue their activities.

Regarding the tax pressure, Cherif called for measures to alleviate tax pressures and digitize the administration.

In return, 50% of enterprises have expressed their intention to invest more in 2022, despite the impact of the health crisis.

He said that this rate expresses the desire to catch up during the years 2020 and 2021, years of economic stagnation.

For his part, chartered accountant Mourad Ben Mahmoud noted that 35% of business leaders surveyed, who employ 50 to 199 workers, consider that their companies suffer from financial problems and are undercapitalized.

The MIQYES SME Health Barometer also showed that nearly 50% of these companies have lost a strategic customer in 2020.

In terms of employment, companies have lost an average of 0.7 net jobs in 2020 due to the pandemic and the trade sector is considered the most impacted by the loss of employment positions.

For her part, Director General of SME promotion at the Ministry of Industry, Energy and Mines, Malika Krit noted that SMEs are part of the main orientations of the department, stressing that the year 2020 was a difficult year on Tunisian businesses including SMEs, because of the health crisis.

She urged thinking of new innovative mechanisms to promote SMEs, as part of a national industrial strategy by 2035

Tunisair still without CEO because nobody wants it; funds may be...