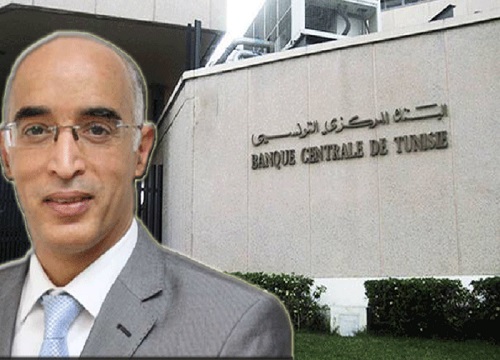 Tunisians, especially business people, but also individuals, were almost surprised, but positively, by the latest appreciation of the Tunisian Dinar, mainly against the Euro and the US Dollar.

Reacting right off the bat, a Tunisian exchange chief would have said that “with all possible optimism over this period, I would never have been optimistic at this point.” Let’s cross our fingers, or should we say, les us pray to God!

The USD, which was also over 3.07 DT, is now only 2.99 DT. This is an appreciation of the dinar of about 10 figures on average on the euro and the dollar according to banking jargon, or 3%.

All, or almost, believed in a monetary intervention of the BCT, to increase the exchange rate that some accused, along with the BCT, of all the economic evils of Tunisia.

Some had indeed made the link between the decline in foreign exchange reserves at 77 days of import and the sudden appreciation of the Dinar.

The BCT had paid the first tranche of US $ 250 million of the Qatari loan of US $ 1 billion on April 18, 2019, but had not spent other currencies to intervene directly and correct the exchange rate.

– The BCT decrypts and explains, concrete cases and figures in support

“The Dinar is just in the process of retracing and is reclaiming ground,” BCT External Finance Director Bechir Trabelsi tells AfricanManager.

He added that it “has already depreciated significantly, and has managed to impact much of the import demand.” As a result, Tunisia would be paying less and less its trade deficit in foreign currency.

It should also be noted that the relative fall in energy prices has helped to reduce the dollar value of the energy bill, explained Béchir Trabelsi.

The second explanation for this appreciation of the Dinar against the two largest currencies for settlement lies in “the return to growth, in terms of revenues, of certain sectors providing foreign exchange, such as tourism and more timidly phosphate.”

But it’s not just that. Indeed, according to the same source, the foreign exchange market has benefited “since the beginning of the year from several inflows in foreign currencies.

First, the money from the privatization of Zitouna Bank and its insurance subsidiary and then draws on private financing lines.

Everything was sold with Dinars, “thereby fueling liquidity in the market.”There is also the foreign exchange contribution of the oil companies, to pay their taxes in the first quarter of 2019, which also made foreign exchange earnings, later converted into Dinar.

We also recorded the purchase of Dinars against foreign currencies, by foreign TO, to pay the advances for Booking with Tunisian hoteliers “.

We should not also forget the positive effect of the Staff Level Agreement, granted to Tunisia by the IMF, which is generally interpreted as a positive signal to the international financial centers and therefore to the rest of the donors of Tunisia who are also it “followers”.

This document, it should be noted, has credited Tunisia with a favorable outlook in terms of growth and a satisfaction with the reforms that needed to be carried out for the economic and financial recovery.

– Trend that will be confirmed, or cyclical appreciation?

It was only the market, which seems to have learned from all the latest economic and monetary measures, from the government and the BCT, and adapted and regulated itself.

“Behind, let us say to all those who have doubted a time, there are all the structural measures taken in refinancing, like the ratio of the” Loan-To-Deposit “and in particular the increase of the interest rate which has also made the dinar more expensive for foreign exchange and has somehow rationalized the purchase of foreign exchange by Tunisian companies.

Therefore, they are the positive effects of all the restrictive monetary policy of the BCT, which is in the process of rationalizing the distribution of loans in Dinars, that have allowed to better control the demand in terms of import.

Questioned by AfricanManager if the appreciation of the Dinar against the two main currencies is a trend that will be confirmed or if it is only a cyclical rise, Béchir Trabelsi remains realistic, without departing from a certain optimism. “It is cyclical. But we are not safe from good surprises. “

Tunisia still needs to rationalize its imports, improve its exports and introduce certain reforms, such as the adoption of the draft law on exchange rate amnesty.