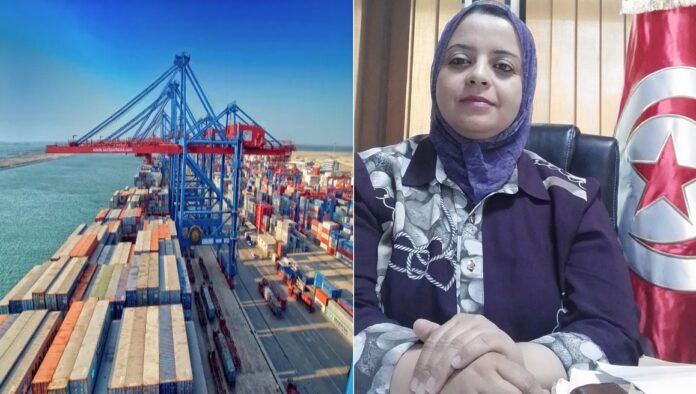 There have been lately many raising voices calling for a ban on the import of several unnecessary consumer products in order to alleviate the growing pressure on public finances in Tunisia.

On all these issues, African Manager met with Dorra Borji, Director General of Foreign Trade at the Ministry of Trade and Export Development, who stressed that stopping or banning the import of even luxury goods is not possible because of Tunisia’s membership in the World Trade Organization.

However, the WTO agreements allow member countries to adopt technical and organizational measures to protect their domestic industries, she added.

She noted, in this context, that the Ministry of Trade, together with other departments and agencies concerned, early this week, put forward a set of proposals in the form of organizational measures applicable to imports, some of which are urgent while others are medium-term measures to reduce imports of a group of unnecessary consumer products.

In this context, she recalled that the government had taken, to this effect, tariff measures like the increase in customs duties on imported products with their similar in Tunisia and on luxury goods in the Finance Act of 2018 and 2022. But this approach has not helped to reduce imports insofar as the increase in tariffs does not apply to countries linked to Tunisia by trade treaties or being part of the advantaged countries.

The Director General of Foreign Trade said that a list of products affected by technical and organizational measures will be published shortly.

At the same time, she noted the great interest in the development of exports through the adoption of new measures to promote access to new markets.

She talked about the two-day forum that began on Thursday, September 29, on the theme “Tunisian women entrepreneurs and the COMESA” to facilitate access to this promising large African market. Especially since many Tunisian products have proven their quality by expanding into European markets.

The development of exports automatically induces the improvement of the Tunisian trade balance, she said.

Dorra Borji recalled that the Ministry of Trade and Export Development had completed, on September 27, the project to digitize the certificate of technical control for export, carried out in cooperation with the German Agency for Technical Cooperation, in order to facilitate the export of food products.

The measures in detail:

The proposals of the structures concerned in order to reduce the import of consumer products relate to the following actions:

This measure will allow the customs services to fight against the declarations of value lower than the real value of the goods to evade the payment of duties and taxes there. The approach will ensure additional revenue to the state.

– Expansion of the list of products subject to the income tax advance with the possibility of increasing the value of this advance. The services of the Ministry of Finance will study ways to include this measure in the framework of the Finance Act of 2023.

-Obligation to import certain products directly from the factory. This measure will avoid importing products via wholesalers of exporting countries and which are often of poor quality and unknown origin or stocked products sold at low prices that compete with local products. It was agreed that this measure applies to products currently subject to technical control at import from the National Commission for Food Safety.

-Strengthening the automatic technical control at the import through a prior monitoring of the products concerned on files. It will require importers to produce documents on the nature of the goods to be imported, its origin and its compliance with agreed standards, and this before the import operation.

-Strengthening control over the origin of imported goods: by refraining from applying preferential duties in case of suspicion on the real origin of the goods. Thus, fraudulent use of false declarations of origin to evade duties and taxes will be stopped.

-Accelerating the implementation of the structure of trade defense created under the provisions of the decree-law on the establishment of certain provisions to improve the efficiency of implementation of public and private projects, being published (Article 36 is the structure of the safeguard clause). This mechanism is an important means available to member countries of the World Trade Organization for the protection of their domestic industries against competition from imported products without failing to meet their commitments within the WTO.

-Regarding the free trade agreement with Turkey, the Director General of Foreign Trade said there will be review of the issue of the high trade deficit with Turkey, during the meeting scheduled for next October with the Turkish side. The meeting will consider the various scenarios to be implemented to improve the Tunisian trade balance with Turkey.

‘Nigeria imports 150b naira worth of ICT software annually’