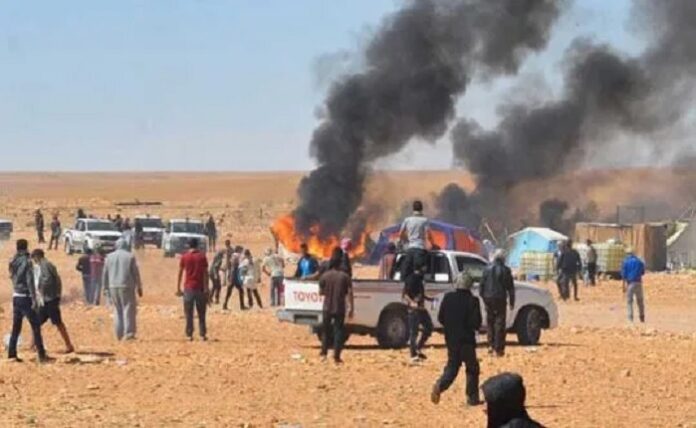 The shutdown of oil and gas field production in southern Tunisia due to the El Kamour sit-in has further destabilized the country’s energy balance.

Tunisia has for some time been unable to pay its royalties to its energy suppliers, both at home and abroad.

Similarly, some of the country’s suppliers are threatening to halt their deliveries and take legal action in the courts in order to get paid. The figures at half-mast support this observation…

Official statistics recently announced by the Ministry of Energy show that the electricity fleet is 97% dependent on natural gas, at the end of May 2020.

The energy deficit reached 1.71 million tons of oil equivalent (toe) at the end of May 2020 against 2.09 million toe during the same period last year, up 18%, according to the energy situation bulletin released last July 7.

In an interview recently given to Africanmanager, Hazem Yahyaoui, CEO of the Transport by Pipelines to the Sahara (TRAPSA) company, said that the latest protests that have been observed by young people in El Kamour, in the oil zones, have weighed heavily on the domestic market.

He added that the closure of the main pumping station of the pipeline linking the El Borma field to the El Kamour pumping station will also cause very large financial losses for the Tunisian Oil Company (ETAP).

In this context, Yahyaoui denounced this kind of overruns essentially during this difficult period faced by the country and affirmed that dialogue and consultation between the parties concerned and the protesters remains the best solution to get out of the rut.

It should be noted that the Tataouine fields contribute 40% of Tunisia’s oil production and 20% of its gas production, according to official data.

The young people of this governorate consider that their region contains wealth from which they do not benefit and that the State, which signed an agreement with them, has fooled them by not applying it in its entirety.

They demand the application of all the clauses of the El Kamour agreement, in particular the commitment kept since 2017 by the government in place at the time, allocating a budget of 80 million dinars to help unemployed youth in the region to find a job.

They also regret the continuation of the policy of marginalization and the increase in the unemployment rate in the governorate of Tataouine.

The phosphate sector occupies a very important place in the Tunisian economy, both in terms of employment and the balance of trade.

On a world scale, the Tunisian phosphate industry occupies the 5th place among the largest international operators in this activity.

Indeed, rock phosphate as well as its derivatives (phosphoric acid, DAP, TSP, DCP…) are currently exported to about fifty countries spread over the five continents.

African Manager - Economic and financial news in Tunisia and in the world.
Contact us: [email protected]icanmanager.com