HomeFeatured NewsFadhel Abdelkefi: "IMF has not imposed any demands and this is what...
Featured NewsInterview

Fadhel Abdelkefi: “IMF has not imposed any demands and this is what Zribi meant” 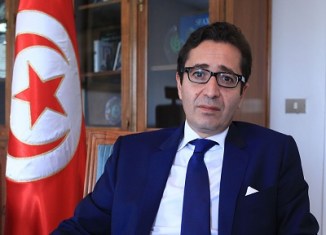 Minister of Investment and International Co-operation Fadhel Abdelkefi gave AfricanManager an exclusive interview where he discussed several issues including the remarks by Finance Minister Lamia Zribi on freezing of the 2nd and 3rd tranches of the IMF loan and the sale of some government shares in public and non-strategic banks.

The Minister of Finance recently announced the freezing by the IMF of the 2nd and 3rd tranches of the credit that will be granted to Tunisia, what do you think?

I think the Minister of Finance’s speech was taken out of context. That was not what she meant. It meant that we are in the process of continuing to negotiate with the IMF and that negotiations with the IMF are discussions to which are tied all the other loans with the World Bank, the European Investment Bank (EIB) and the African Development Bank (AfDB).

We hope that these talks will be concluded as soon as possible.

But the precise date for the payment of this tranche of credit was scheduled for December 2016?

Yes exactly! There is this gap because we are continuing to negotiate with the IMF and we are going to accelerate the pace of some of the measures we have analyzed domestically and on which we agree. There are no differences in view. The question of dictates imposed from the outside is not true at all. These are discussions that are taking place within the Tunisian administration and we are convinced that they will be put in place to correct things and catch up.

The IMF has not imposed any demands; it is negotiating on a lot of issues and talking to us to find solutions to a number of problems.

And what about public banks?

Several possible scenarios are on the table and we have not yet decided. We are still thinking, but as the Prime Minister had said, whether for public or joint banks, there are measures that will be taken but are in the process of being studied.

And what was is your position with respect to the last Cabinet reshuffle?

I have two attitudes. If I’m going to answer in my personal capacity, Abid Briki is a colleague. We worked together for six months. He is a friend and someone who helped the government. Briki is also a militant and a well-known public figure. I appreciate him enormously.

Khalil Gheriani is also a well-known figure in the world of social affairs and negotiations.