Algeria has found the leverage to stop its series of setbacks 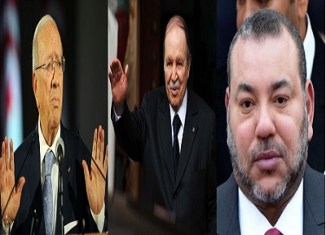 A solar photovoltaic solar power plant of 4.025 MW, simply the largest on the planet, is the response of Algeria to the massive solar plant project “Noor” in Ouarzazate, Morocco.

With this facility, the Moroccan program about which much has been said in the press over the recent years with its 580 MW pales.

As for the Tunisian Solar Plan (TSP), with its 460 MW, it will be almost non-existent next to the future Algerian gigantic project. Indeed, this if Algiers goes to the end of its business, which is never guaranteed in such titanic projects, also bearing in mind the deadly nature of the administrative procedures and provisions of the Algerian Investment Code…

The CEO of the Electricity and Gas Engineering Company (CEEG), Mohamed Arkab, said during a trip to Washington last Friday that the Ministry of Energy intends to launch the tender at the end of March or beginning of April 2017, reports the Algerian official press agency APS.

Arkab made the remarks on the sidelines of the Powering Africa Summit. He added that this invitation to tender is part of the national policy for the development of renewable energies.

Sufficient to know more about what is going on in the minds of the Algerian officials, stung by the ambitions of Morocco and other countries of the continent with regard to renewable energies (Rwanda, Zambia, Senegal …), Nations that nevertheless have severe financial handicaps.

Indeed, everyone does not have the chance – or bad luck to be copiously watered by the oil windfall, as was the case of Algeria. That Money indeed has not been used to launch programs to break the dependence of hydrocarbons and especially to anticipate the inescapable end of oil. Times have changed, it seems…

Details about the project

It is known for the moment that the project will be divided into three parts of 1,350 MW, each of which has two components: energy and industry. Several power stations will be installed in the highlands and the south of Algeria, where the sunshine is more consistent.

Bechar, El Oued, Ouargla, Biskra, Djelfa and Msila are considered by authorities to house these units, said CEEG CEO, who added that the average capacity for each plant will exceed 100 MW.

The aim of the project: to reduce significantly the consumption of gas, of which Algeria uses to produce its electricity. It is expected that solar power plants will work alternately with gas-fired power plants, which will result in substantial energy savings.

Other important indications: The capital stock of each company will be composed in accordance with the strict framework of the regulation of the foreign investment.

In other words, the national investor receives at least 51% of the shares and the foreign partner a maximum of 49%. So for foreign investors who dreamed of a disruption of the established order, it will not be for this time…

In addition, Sonatrach is reported to be putting 40% of the shares in each project, 11% will fall into the hands of Sonelgaz and public and private companies in the country.

Finally the shareholders will disburse equity to finance these projects, up to 30% we are told while the rest will be provided by a bank loan.

A way to ward off the series of setbacks?

The real struggle between Rabat and Algiers has been epic in recent years, but has very often turned to the advantage of Moroccans.

Therefore, this mega project is probably for Algeria a way to wash a series of affronts and diplomatic, political and economic defeats.

First there was the battle for the presidency of the African Union (AU). The candidate of Algiers, Nigerian president, Mahamadou Issoufou, was soundly beaten Rabat’s favorite, Guinean president, Alpha Condé. The pill was bitter for Algeria.

It is added to the resentment caused by the failure to prevent Morocco from returning to the AU in January 2017, though it had slammed the door 32 years ago, in protest following the admission of the Sahrawi Arab Democratic Republic (SADR), a “friend” of Algeria and savage enemy of Morocco.

Worse, it is now known that Rabat does not intend to keep quiet, contrary to what it said before its return, and will do everything in its power to drive the SADR out of the AU, now that it has a real decision-making power and strong links with key countries of the pan-African organization (Senegal, Gabon, Côte d’Ivoire, Nigeria, Ghana, etc.).

There are also economic setbacks, which are very numerous. Morocco has an insolent health on the continent and scoops up contracts as soon as King Mohammed VI raises a little finger.

More than 100 agreements and contracts have been signed with African countries since July 2016! It is incredible. And now it wants to join ECOWAS (Economic Community of West African States, the most structured and the most powerful on the continent).

It is true that Algeria is awakening on the continent thanks to the African Investment and Business Forum which it organized in December 2016, but this awakening is late…

Moreover, the West African Gas Pipeline (WAGP), a pipeline linking Nigeria and Morocco, will eventually be the largest gas infrastructure in West Africa.

It is a project sought-after by Algiers but that was finally pipped at the post by Rabat, thanks to its formidable diplomatic armada. That was raging for the Algerians.

Therefore, the mega solar project will perhaps be a way to ward off this series of setbacks. But it will take a lot of programs of this type to catch up on Morocco…