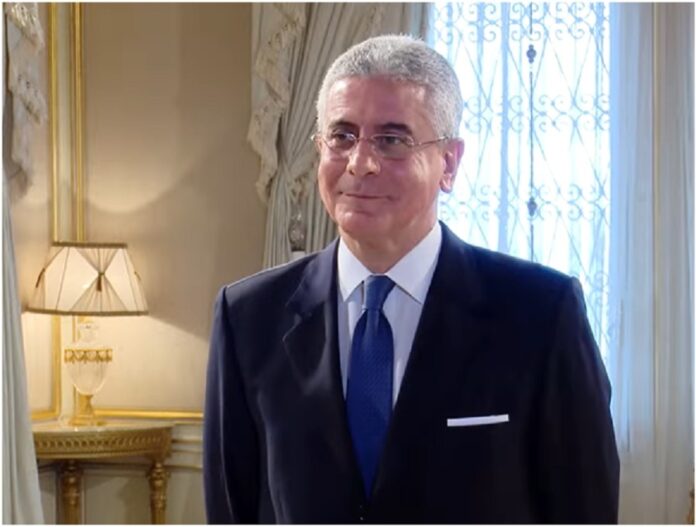 Ferid Belhaj, a Tunisian national, joined the World Bank (WB) in 1996 as a senior legal advisor in the Legal Department and has served as Chief of Staff to the President of the World Bank Group. He is currently Vice President for the MENA region, and has also led numerous judicial reform projects.

The WB representative recently met with the Tunisian Head of State, several ministers and senior Tunisian officials. His visit to Tunisia came at a time when his native country was beginning discussions with the IMF for a renewal of its rescue package to a borrower that now has only this option to save its finances and revive its economy.

Africanmanager interviewed him by phone between meetings.

What about this new visit to Tunisia, where the crisis is now general, political, economic and financial?

We are here as part of an engagement mission with Mrs. Bouden’s government. That’s why we met with her, with the ministers of the economy, social affairs, health, finance and the governor of the BCT. It’s actually a broad conversation

We are a few months away from the end of our fiscal year, and we wanted to be sure that the financing possibilities for Tunisia are in place, and that we can move forward. Secondly, because we feel that there is now a tension in Tunisian public finances that can have negative repercussions on disadvantaged people.

There is therefore a social welfare dimension today, which is becoming urgent. Finally, there is COVID. Unfortunately, it is becoming an alibi, but there are the SMEs, which are 100% of the Tunisian economic fabric, and which have experienced an extremely difficult period. Some of them have gone out of business, and there have been a series of bankruptcies.

In our commercial legislation, and this is unfortunate, bankruptcy is considered a crime, whereas it is a sign of economic dynamism in other countries. And so many cases of companies becoming social cases.

What we wanted to do was to provide the Tunisian government with a financing, which could be as much as 400 million dollars, for a social security project.

Is it different from the previous one?

There is already the Amen project for an amount of USD 300 million, in addition to the USD 100 million for vaccines. Unfortunately, for the needy families who receive 300 TD per month to keep their heads above water, things have not improved this year, and the need is still there.

It should also be stressed that this new project we are putting on the table is not just a simple cash transfer, but also includes a capacity building dimension for the Ministry of Social Affairs, for more efficiency and in a more sustainable way.

The new US$400 million will be distributed to needy families, but also includes a technical assistance component for the ministry.

The WB had, let us recall, a project for the constitution of a database at the Ministry of Social Affairs, for more efficiency and a better targeting in the distribution of this assistance to needy families. According to our information, this project had experienced some difficulties and did not work too well.

There are two reasons for this. Firstly, there is a database that has been set up, and which certainly needs to be improved. But, as everywhere in terms of development, there is no spontaneous effect, and things take time. Some things meet with resistance. A change of minister or DG delays projects.

There is also a “Gov-Tech” project, which is important to provide instruments that will make it possible to give more meaning to the unique identifier and ensure more transparency in transactions. So, there will be the $400 million in direct funding, and technical assistance with it, which is a way for us to build capacity with this virtuous exchange that our teams will propose, like all our projects around the world.

In addition to this US$400 million, there will be US$50 million for SMEs. And all of this is being scrutinized under a microscope, and disbursed sequentially, as the Tunisian Head of State understood and said at our last meeting.

And I think that this campaign mounted against him on this issue has no reason to exist. It’s true that it’s the state that advances, but we send the receipts, we check them, and we reimburse. That’s how it works at the World Bank.

On this very subject, how do you explain that the Tunisian head of state is insisting on requesting an audit, which he had already asked the Minister of Finance to do last August, and that he still has doubts about certain amounts paid to Tunisia by international institutions, and assures us that they have not been paid into the state’s coffers?

For the WB he knows how it works. For the rest, there are political dynamics, for which I am neither equipped nor willing to enter. You have to ask him the question.

We also blame you for the fact that during your meeting with the Tunisian head of state about the WB report called “All in the family”, you did not correct him that he was not talking about 21% of the budget that had been stolen, but simply about the 21% of the private sector’s profits that had been in the hands of that family.

Who says that we did not discuss this? With the Head of State, the conversation went on to many subjects, including the promotion of the private sector, the promotion of business, to ensure that all these questions about the cash economy are addressed.

Let’s ask the question differently. Do you, at the World Bank, have this impression, especially since the WB launched the famous “Stolen Asset Recovery Initiative” years ago?

Every dollar and cent of the World Bank is traced and we know exactly where it has been placed. In addition, this initiative makes it possible to see whether people in positions of power have embezzled money and taken it out of their countries. So, there is a possibility to come to the WB, to see to what extent we can help them to recover it.

On the other hand, and this is part of our dialogue with the government, there are projects that are not progressing sufficiently as they should. These projects need to be reviewed. And if there are parts that have not been disbursed, I call for their elimination so as not to keep a stagnant portfolio. The money that has been wiped out could be reallocated to other projects that are now a higher priority. One should always bear in mind that every unused dollar is a responsibility, a burden.

Because when money is lent, the borrower pays a commitment fee on what has not been disbursed, and it is therefore the country that took this money for development that pays the WB. There is an effort to be made, and we are making it, very aggressively with the government.

And how much do you estimate these sums that Tunisians say are billions?

Out of a global portfolio of about US$5-600 million that has not yet been disbursed, there are about 80-100 million Tunisian dinars that should be redeployed elsewhere.

For the “StAR Initiative”, has Tunisia made such a request?

Do you reaffirm, through your latest discussions with the Head of State and the Prime Minister that things and reforms are going in the right direction and things are progressing in a positive way?

I think that today we are in a position where we no longer have a choice. We have to move forward with reforms and policies to open up to the private sector. In the MENA region, there will be three hundred million young people entering the job market in 2050. And these people will not be able to get a job in the public sector.

We must therefore, from now on, work to give a strong impetus to the private sector, and to do this, reduce all the obstacles for it. And unfortunately, there are a lot of constraints. We are therefore doing a huge amount of work to burden off the processes and authorizations.

You know that your impression of the situation in Tunisia is very closely followed by the donors and the IMF in particular, and will certainly have an impact on its credit decision. Do you think that Tunisia is seriously moving towards a financial assistance agreement with Tunisia?

Yes, because there is no alternative. It will indeed do it. Not to please the IMF, but for the country, to attract investment.

The private sector in Tunisia feels that it is the object of a real judicial and political conspiracy. Did you defend it with Kais Saïed?

Of course I did. And in fact, when I left the audience with the Head of State, I repeated twice that the conversation was focused on the promotion of the private sector, which is the most important element in the dynamization of the economy in Tunisia.

Did he seem convinced of this at the time?

Yes, and frankly. There may be a communication gap, but the talks of the last two days give me much more hope.