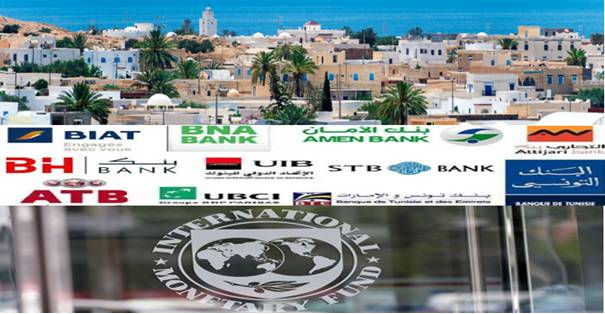 In a very recent note from the Arab Institute of Business Leaders, IACE has deciphered the impact of the latest downgrade of Tunisia’s sovereign rating and its expected direct impact on FDI, the financing of the economy, the local banks and ultimately Tunisian companies.

IACE begins by reminding newcomers that “the sovereign rating measures the relative risk that a country will not be able to repay its financial commitments, such as interest payments and repayment of principal, in a timely manner”.

Since 2011, Tunisia’s Moody’s sovereign rating has steadily deteriorated from Baa2 (stable outlook) in 2013 to B3 (negative outlook) in 2021. This is the lowest rating in the “speculative” category. This downgrading has been accompanied by a decrease, expected moreover, in the investment rate from 21.9% in 2013 to 13% in 2020.

The ills of the Tunisian economy, even those of the pre-revolutionary period, are revealed through the deceleration of the investment rate. This downward trend recorded over a long period, combined with poor governance before and after 2011, can only lead to an explosion of external debt, poverty, unemployment and informality.

If the host country is evaluated negatively, such is the case of Tunisia (downgrade of the sovereign rating with negative outlook) foreign investors are exposed to the risk of depreciation of their assets following that of the local currency.

Portfolio investment (25.3% of capitalization) is exclusively strategic (held by investors with strategic stakes in their subsidiaries or business partners). Unfortunately, the speculative foreign participation in TSE represents only 0.5% of the capital invested. The flight of foreign investors began at the very beginning of the downgrading of the sovereign rating.

Currently, the decisions of the investors still present on the market cannot significantly influence the trends.

Physical investments can be exposed to the sovereign risk linked to foreign direct investments. This is explained by the fact that a depreciation of the local currency will be recorded, accompanied by an increase in the rate of inflation, thus causing a devaluation of fixed assets when consolidating their financial statements.

To improve the rate of investment, attract and reassure future investors, Tunisia should encourage professional real estate (industrial or services) public and private to be offered for rent to foreign investors.

A gap of TND 2.6 billion expected

The 2021 finance law provides for 10.29 billion dinars in the form of bond issues and Sukuk. The size of this amount combined with a B 3 rating has had the effect of increasing Tunisia’s exit rate from international financial markets estimated at 11%.

In the event an agreement with the IMF is not reached and a full renewal of the U.S. guarantee (which requires time and high-level political talks at the level of the U.S. administration) or an additional guarantee is not secured, Tunisia will be able under current conditions to mobilize only half of its external financing needs and at a short maturity.

Even in the case of the renewal of the US guarantee, the gap would be 2600 million dinars. It should be noted that securing this renewal will not alleviate the pressure on foreign exchange reserves during the repayment which will imperatively precede the issuance of new securities under guarantee.

Impact on the cost and availability of money at banks

International trade operations, regardless of their mode of settlement, are disrupted by the downgrading of the sovereign rating and consequently that of the banks. Recourse to third party banks for confirmations and guarantees to be considered generates additional costs that are ultimately borne by companies.

Local banks affiliated with foreign banks may benefit from the advantage offered by their affiliations at the expense of banks owned exclusively or in majority by Tunisian public or private investors.

The impact on companies in a country classified B3 and aggravated by the repercussions of the health crisis is essentially financial. The lack of liquidity necessarily limits their room for maneuver and aggravates their situation if preventive measures are not taken.

Higher external financing costs, either in terms of guarantees or documentary credit, will probably also be observed.

Particular attention will have to be paid to state-owned enterprises importing strategic products, whose international trade financing is usually provided mainly by public banks.

The suppliers of these firms may deem their risks to be high and will impose new, more restrictive conditions because of the high risk of public enterprises and their banks.

The stock shortage of strategic products due to supply problems constitutes a high and probably actuarial risk that must be avoided.

The latest IACE rating considers in a way that “the improvement of the sovereign rating should imperatively be accompanied by an improvement in the investment rate.

The creation of sufficient value added being the only way to stabilize and ensure debt sustainability.

Initiating reforms should not be justified solely on the basis of improving Tunisia’s rating or compliance with IMF requirements, but rather to give the government fiscal space and thus boost public investment in education and health and unleash the potential of entrepreneurship.”

ME equity issues surge to $4bn in Q2