Is Tunisia the least economically free country in the Arab world? 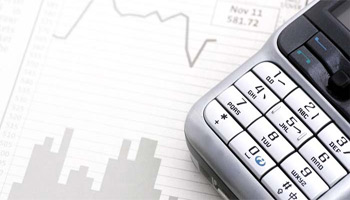 The report, which has been made public at a meeting held Thursday, November 22 in Tunis, also showed that Tunisia’s ranking in terms of economic freedom remains the same as 2011. Its score remains the same as last year. Its ranking according to public spending also remains unchanged from last year with a score of 7.4 points, falling 3 places to lie in the 5th rank. The score of Tunisia in terms of monetary policy remains unchanged as compared to 2011, but it moved down two places in the ranking.

With regard to the trade component, Tunisia has retained its 19th place despite a 0.1% decline in its score. In this regard, the report found that Tunisia is the country where there is less freedom compared to other Arab countries.

Regarding the freedom to trade internationally and regulation of credit, labor and business, the report showed that the results are the same as those recorded in 2011, i.e. 7.2 points.

About development prospects, the report showed that the first indications suggest that Tunisia can move forward in its results, particularly with regard to the volume of public spending and monetary policy.

Asked by Africanmanager on economic freedom in Tunisia, Houcine Dimassi, the former Minister of Finance said Tunisia is currently in the middle of the road. “Our economy has taken some steps towards liberalization in particular with the structural adjustment program, which dates back to the 80’s, but we stayed halfway between an over-administrated economy and a liberalized economy,” he said.

Houcine Dimassi added, in the same context, that the problem is not to arrive at a fully liberalized economy but rather to end up with having a State capable of regulating the market and redistributing the wealth created.

He also called not to mix genres and believe that liberalization creates more wealth and achieve a much more significant and higher growth. “If wealth is not redistributed among the different social classes and generations, the situation may be worse than before,” said Dimassi, calling for the need to make a difference between liberalize, legalize and regulate all. “A wild liberalization can be a calamity for the country,” he added.

Hmida Khlifi, Director General of the Tunisian Institute of Competitiveness and Quantitative Studies said economic freedom has led to an improvement in the position compared to other countries, but it cannot hide multiple failures in foreign trade, investment, concentration of export on a particular area and tariff barriers.

He urged to diversify partners and avoid focusing on a limited number of products, knowing that 80% of Tunisian exports are directed towards the European market.

Riadh Bettaieb, Minister of Investment and International Cooperation said that the current major concern of the government is to meet challenges and to create an environment conducive to investment. These are the parameters on which the government has worked, especially with the decline in economic activity and the fall in growth rates, especially after the Revolution.

Riadh Bettaieb also said promising signs were recorded at the end of September 2012. A gradual improvement in economic activity has already been noticed. The growth rate was 3.2% during the first 9 months of the year, against 1.8% during the same period last year.

Moreover, foreign direct investment posted an increase of 27% compared to the first nine months of 2011.

The 2012 report on economic freedom was developed by Canadian think tank the Fraser Institute, the International Research Foundation, and the Cairo Office of the Friedrich Naumann Foundation for Freedom.