HomeNewsKaïs Said: "We are not fooling the people with legal texts that...
News

Kaïs Said: “We are not fooling the people with legal texts that do not apply” 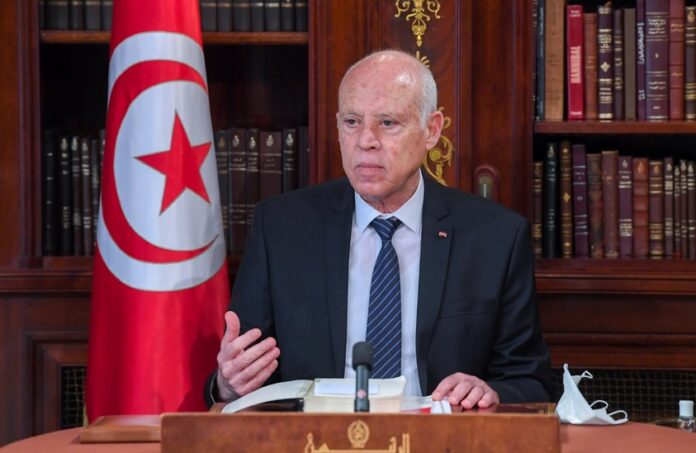 The President of the Republic, Kais Said, defended his position not to activate the law on long-term unemployment, which sparked widespread anger among the unemployed, stressing that those who instituted the law were well aware that it was not applicable.

Saïd said in a meeting with Minister of Commerce Fadhila Al-Rabihi at Carthage Palace yesterday, Wednesday, November 24, 2021, that the lack of regulatory orders for this law a year after its ratification was due to their certainty that it could not be implemented.

He continued, “We tell the people the truth and do not deceive them with legal texts that are not enforced. They deceive the people and sell them illusions in the name of legislation that cannot be enforced. “

He criticized the comments and positions regarding his proposal to create private popular companies (Ahlia), claiming that they do not exist in the Tunisian Trade law, and stressed that these companies can be created by a special law in which citizens and young people in particular help to create wealth, with new tools.

Tunisia: Tabib had to go to Parliament to pick up asset...