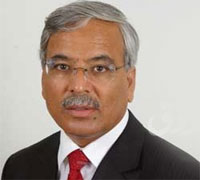 The downward revision of the state budget for 2013, regional development, the major causes of the underdevelopment of the North-West to the detriment of coastal regions and strategy of the center for strategic thinking for the development of the Northwest (CRSDNO) to dismiss these shortcomings have been the subject of an interview given to us by Kamel Ayadi, founding president of CRSDNO.

Rumors are circulating on the Government’s plans to review the 2013 budget and revise downward its objectives. What do you think?

Yes, I’ve heard it too. In any case, it does not surprise me and does not surprise those who were interested in the budget document 2013, either by further analysis or simply through wise reading. I have personally organized a workshop to review the 2013 budget before it is adopted, and there was a consensus that the objectives, including in particular the achievement of a growth rate of 4.5 per percent, were ambitious, even utopian. Achieving such growth is based on scenarios difficult to achieve, including a recovery in exports, the recovery of investment and, in particular, foreign direct investment, a gradual return to normal in the tourism sector, a good harvest in all categories of agricultural products, and legal reform to boost investment. All these prerequisites are not easy to be achieved when analyzed individually.

What are the difficulties?

In terms of export growth, this scenario ignores the fact that our strategic partner, namely the European market, which accounts for over 70% of our exports is in recession, and its automobile industry where much of our exports go, hardly resist competition from Asian countries.

Regarding the promotion of investment, it is a utopian vision in the light of the uncertainty and insecurity that prevail. Ditto for the recovery of tourism, given the political and security situation.

Concerning the other prerequisites in relation to agriculture, they are the least we can say, subject to weather conditions. What seems absurd to me is also the inconsistency between the economic objectives and the management of political affairs conducted by the ruling parties. A proverb says: slow and steady wins the race. In other words, a political formation that sets ambitious targets needs to provide enough means to support its policy, appease, create a climate of confidence and serenity, be reassuring, have a clear vision of the political agenda, and give visibility on its intentions. All these qualitative factors are paramount in achieving quantitative economic goals.

That said, in terms of the economic situation in general, what is your assessment of the issue of regional development in your capacity as founding president of the Center of Strategic Reflection on the Development of the Northwest?

There was a real momentum and evident desire in the first budget after the October 23 elections. Unfortunately, there has been no real dynamic in space and time, in addition to the issue of regional development which is not just a question of raising public funds.

First, the leverage of public investment is insufficient, although it is necessary to curb the problem of development of disadvantaged regions. In addition, the failure to achieve planned investments, since the level of achievement was low, even if the Government does not assume any responsibility, left a feeling of bitterness and disillusionment among citizens in relation to the capacity of the state in general and those in power in particular to meet their legitimate aspirations.

Unfortunately, for more than twelve months, the concerns of the political class are dominated by the political agenda while the economic issue is relegated to the background.

In your capacity as President of CRSDNO, what are, according to you, the major causes of the underdevelopment of the North-West?

It is not easy to provide explanations to the underdevelopment of a region or country and find out the real causes, let alone identifying solutions, especially when the region has strengths and the prerequisites that predispose them for sustained and sustainable development. It is especially important to avoid the temptation to explain the fate suffered by a region like ours only by public policy, and to fall back on the leitmotifs of exclusion and marginalization, as understood often.

This is pure and simple demagoguery and exploitation of the theme of underdevelopment for political purposes. In my opinion, authors of this kind of explanation, lack either courage or insight, or both. They try to lure people of these regions into the sense of victims and strengthen their frustration to misuse it for political purposes. Underdevelopment is difficult to explain. We must seek the causes in endogenous factors specific to the region itself, human, historical and cultural factors, natural resources, geographical position, but also exogenous factors, such as contribution of investment, public policies, infrastructure, environment etc… This does not mean that we minimize the deficit of public policies in underdevelopment, but we can never explain all the evil by this factor. However, despite this complexity, there are indicators that can put us on the track of real answers.

What are the indicators?

Surprisingly, and contrary to what some people tend to think, the North-west, just like all the governorates of the West, have received more public investment than the coastal areas, including the Greater Tunis, in terms of per capita ratio. Between 1992 and 2010 and according to figures from the World Bank, the cumulative investment per capita for Northwestern governorates ranged from 3 to 5,000 dinars, i.e. about the double of coastal regions.

Of course, these figures should be read with some caution because there may be manipulation too. Often, projects of national interest that are carried out in the region are presented as investments in the region. For example, a dam whose primary function is to mobilize water for transport to enhance other areas, should not be recognized as an investment in the region where it is built! Its impact may sometimes be at odds with the expectations of the region. There are projects that are physically located in a region, but contribute to create value elsewhere and create negative externalities in the region.

It is unfortunately the case say for certain dams that have increased the vulnerability of the region to flooding but that can create value elsewhere.

So, if as you say, the region has had its share in public investment, what has made it disadvantaged compared to coastal areas?

Other equally revealing indicators of the deficit in private investment: the number of businesses per thousand capita / company employing more than 10 employees was in 2010, 0.24 in the Northwestern region, while it was 5 times higher in Greater Tunis and three times more in other coastal areas.

The index of private investment per capita in the North-west is the lowest in Tunisia, two times less than Greater Tunis and three times less than the Northeast. Growth in the number of firms between 2005 and 2010 was also the lowest in Tunisia and this was the same for the index of average per capita expenditure in 2005. Another bad feature in the North-west is its negative population growth, the unique in Tunisia that impoverishes in terms of human resources. This human impoverishment also offers a first explanation to the paradox I just mentioned.

Then here’s a first explanation, the deficit in private investment is largely responsible for the lack of development. This deficit can be explained by two factors acting concomitantly, namely the lack of road, highway and rail infrastructure which hinders the attractiveness of the region and the lack of territorial marketing and communication policy likely to make the most of the potential of the region and attract investors.

Does your center have a strategy to counter these shortcomings?

We try to build a strategy around three axes.

– First: Helping first to give visibility to the potential of the North-West by identifying niches for development such as alternative tourism, or processing industries etc… This is an act of territorial marketing, communication, awareness and lobbying.

– Second, we provide a platform for meeting, exchange and dialogue for executives from the North-west. Unite and pool expertise and synergies and restore people’s hope.

– The third-axis is to assist projects in progress or those that are still at the level of ideas. This will help create a welcoming and popular support for these projects, a form of ownership that will help secure investors who will feel supported by the civil society and not left to themselves and to the adversity of the current social and political situation.

Tunisia: Pump-priming Plan. Who is eligible and who is not?