HomeInterviewKamel Jendoubi: Government of Hamadi Jebali offered me a ministerial position to...
Interview

Kamel Jendoubi: Government of Hamadi Jebali offered me a ministerial position to keep me out of ISIE 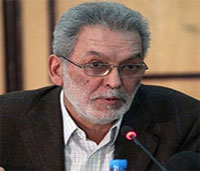 Kamel Jendoubi, President of the former Independent Higher Election Authority (ISIE) gave an exclusive interview to AfricanManager in which spoke of the final report of the Court of Auditors, its shortcomings and deficiencies. Kamel Jendoubi also spoke of the electoral law, the new ISIE and the upcoming elections!

What do you think of the final report of the Court of Auditors?

This is a report that has not been communicated in accordance with the law, since Article 27 of Law 96 states that the Court of Auditors shall publish this report in the Official Gazette of the Republic of Tunisia. This is an important question because it is not only a matter of form, but rather a legal obligation because the Court of Auditors is part of the financial justice. My second point is that this report has been prepared in advance especially in its conclusions because it failed to refer to the leak of opening remarks of the report of the Court of Auditors. A significant portion of these observations is already present in the final report.

But what this has got to do with the leak?

This episode of leak is fundamental and essential since it has conditioned somehow the results and influenced the Court of Auditors and the work environment, including the work of judges. This leak allowed to politically and judicially exploit the case in order to exclude the current ISIE.

Do you agree with the principle that the ISIE should be controlled?

As much as we totally agree that a public institution should be managed according to the principle of good governance, as we disagree with the tools of assessing the proper management of public funds. The ISIE is a new and recent institution and was created in a unique context. The ISIE can not be evaluated in its management with rules, methods and tools that correspond to classical and old administrations. In addition, the Court of Auditors has never worked on the election issue. It does not know the electoral material and has no special expertise in this area. Alternatively, it is for the first time in Tunisia that elections are organized in accordance with international standards.

What do you think of the assessment instruments applied to the ISIE?

The assessment instruments are not suitable. Unlike other public institutions, the ISIE has an obligation of result, while public institutions have an obligation of means, so they must meet standards regardless of the outcome. For us, we must reach elections. This is why, indeed, we had been exempted from the law on public procurement and the a priori control of spending to give us the flexibility to act and achieve our mission. Had these two instruments existed, we could not have held theses elections on that date.

What exactly bothers you about the court of auditors?

From the outset, there was a problem of assessment methodology. We could have avoided this problem had the Court of Auditors engaged, from the beginning, in a participatory approach with the ISIE. I would have liked to discuss together and define a framework, criteria and tools of evaluation and monitoring. However, this approach had not been adopted after the leak of the document, which required the Court of Auditors to continue the work already started, hence the importance of this leak.

Which impact on the next ISIE?

Officials have pledged to establish the ISIE in July while electoral law does not yet exist. The electoral law is a key determinant of the electoral process. It is the centerpiece of the future of Tunisia much more than the Constitution. We are no longer in the pre-October 23, 2011 situation. It is the electoral law that will give the configuration of power and the balance of political forces.

The ISIE is accused of failing to analyze its needs in a specific and anticipated manner. Why?

To do so, it must exist before and it needs to have a past while the body is newly created. If we should do it, we should have more time and resources. We would have been forced to delay the election by at least 6 months.

If we had adopted the competition sought by the Court of Auditors, we would have been forced to postpone the election timetable and elections. We had tried as much as possible to introduce competition and have the most attractive price. When you see the whole control operation, we see that the overall cost is not as horrible and outrageous and represents only six dinars per voter, which is almost very low compared to other countries that had gone through experiences similar to Tunisia’s.

The Court of Auditors must legally qualify the case and not leave things to interpretation as it is the case for the disappearance of office supplies. You must have the ability to characterize these gaps which are not the result of a natural decision taken by the ISIE but rather related to incredible working conditions.

If there was a finding of theft, embezzlement of public funds, violations or crimes, I am ready to appear before court.

You are also accused of unbalanced management?

Our management has been very balanced. We did not pay our debts to the state because it is that money that has allowed us to exist until today. Had we paid our debts, the ISIE should have closed because we have no cash. The government of Hamadi jubilee had refused to fund us. That government had ignored us. We had sent a set of correspondences in December 2011. We had suggested and provided estimates. These funds have helped us to meet the needs.

Do you have the feeling of regret or not?

I regret nothing. It is a battle in a moment of my life that merges with Tunisia. I am a happy man. I had lived an experience with my people … with my country. I am very proud despite this campaign of denigration, defamation and threats conducted against me. I love my country and I want it to be modern, democratic and open and a great place to live. We must confront and create freedom and democracy as basic living conditions.

Could we see you in a new electoral experience?

Even when I was in France, I was haunted by Tunisia. I never left Tunisia. You’ll certainly find me back.

What do you suggest then?

We have asked to reactivate the old ISIE since it is already operational. We have called to continue this effort and strengthen the structures and achievements. The authorities did not want this ISIE to continue its work. They do not need an independent ISIE and an institution capable of treating people as equals. They need a handy and impressionable institution.

Stop wasting time. This law is inapplicable and can not give an independent body. Reactivate the old body and see how to correct the missing parts. This can be done quickly.

The government of Hamadi Jebali had offered you a ministerial portfolio minister? Why?

Why had you refused?

I asked for a clear program and a well detailed timetable for the government. They told me that I’m trying to complicate things. Having a responsibility in the government, this means I have to leave the presidency of the ISIE. Now I am convinced that the purpose of that post was to keep me out of the ISIE.