HomeInterviewLaw must be enforced against ''rebels'' who do not respect the state...
Interview

Law must be enforced against ”rebels” who do not respect the state of emergency, says Ali Zeramdini 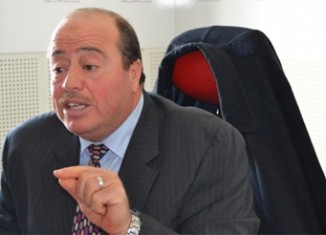 Serious terrorist threats still persist in Tunisia. To reduce the risk of attacks, the Interior Ministry has announced a series of measures including banning protests and deploying joint security patrols in the streets of the capital and around vital institutions located in several areas of Tunisia.

In an interview with African Manager, security expert Ali Zeramdini welcomed the measures taken by the Interior Ministry, saying they will be very effective to thwart any attempted terrorist operation.

The Interior Ministry has announced a ban on all protests demanded by political parties, what do you think?

Politicians must respect and apply the law, mostly during this critical period. They are called to give a positive image for citizens because they represent democracy. Tunisia is still threatened by dangerous terrorist operations. Protests are prohibited to guarantee security and protection of institutions and citizens.

Those who do not comply with the enforcement of the law of the state of emergency will be treated as rebels.

How do you evaluate the security situation of the country?

The security situation of the country is still worrying and disturbing. The reports of security intelligence show that Tunisia is not immune to most atrocious terrorist operations.

Moreover, the deteriorating security situation in Libya is likely to have serious repercussions on the future of our country.

The danger is very close to Tunisia mainly at the Tunisian-Libyan borders. Terrorism is a phenomenon that does not concern Libya and Tunisia but also the entire world.

We are also threatened by the danger of dormant cells that are looking for the right moment to move quietly and then target vital institutions.

Do you think the state of emergency will be further extended?

The extension of the state of emergency depends primarily on the assessment of the security situation in the country.

Police unionists believe that Tunisia does not have all logistical means in its fight against terrorism?

This is groundless allegations. We have all the logistical and technical resources. Our different security units have weapons and they are secured in their activities by wearing bulletproof vests. Our weapons are well advanced. We are ready to confront terrorist groups and we are confident that we will win the fight.

How can we put an end to terrorist threats?

We are in a continuous war against terrorism .The Tunisians are called to collaborate more with the security units to eradicate terrorism.

I remind you once again that the situation in Tunisia is very dangerous because the terrorist doctrine focuses on proliferation in all territories ranging from Chad to the north of Libya.

We also need to put an end to the allegations of some people who are not convinced of the existence of terrorism in Tunisia. We must enforce the law against anyone who does not comply with the measures taken by the Ministry of Interior. It is also necessary to better activate the intelligence device to hunt down terrorist groups.