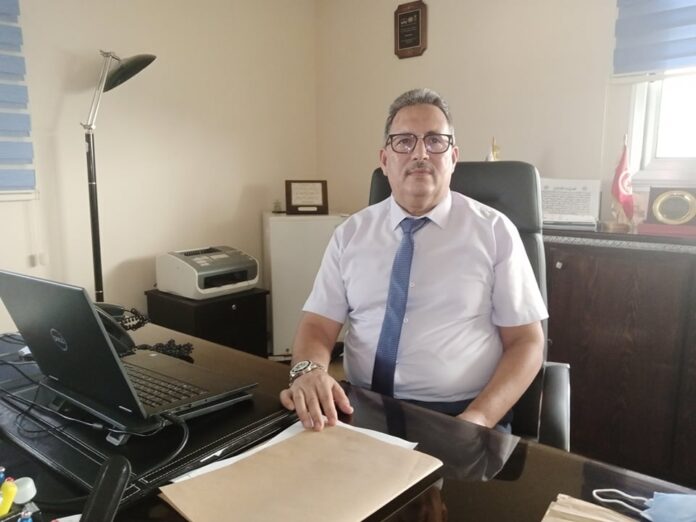 A notable increase in the number of Tunisian engineers, doctors and university professors wishing to emigrate has been noticed in recent days; this will create a shortage in certain specialties in the country in the coming years.

Indeed, the Tunisian Agency for Technical Cooperation has received about 25,000 applications for employment abroad, its Director General, Borni Salhi said in an interview with Africanmanager ar.

He noted a strong demand on Tunisian skilled workers abroad, noting however that “the agency now finds itself between a rock and a hard place, that is to say, between satisfying the wishes of applicants and fears of losing many specializations in Tunisian institutions. In the interview below, we will find answers to various questions related to this issue:

– What are the different missions of the agency in the labor market?

The Agency for Technical Cooperation has two main missions. The first is to recruit Tunisian skilled workers abroad and explore employment opportunities through 7 representations supervised by a consultant in technical cooperation. The agency is present through its offices in Saudi Arabia (office in Jeddah and office in Riyadh), Kuwait, Oman, the Emirates and Qatar in addition to another office in Mauritania.  Two other offices will be opened in Canada and in sub-Saharan Africa.

As for the second mission, it focuses on the development of South-South technical cooperation and triangular cooperation through the implementation of training programs and others of the same nature for the benefit of African executives, as well as conducting studies focusing on economic, institutional, social and cultural issues with these countries.

– What have been the results of the technical cooperation in relation to the current circumstances related to the COVID-19 crisis?

The worsening of the health crisis and the spread of the COVID-19 pandemic have caused a drop in the annual number of Tunisian hires overseas.

The number of registrations with the Tunisian Agency for Technical Cooperation reached 1,336 at the end of August 2021, against 981 during the year 2020, a growth rate estimated at 36%.

The largest share in terms of recruitment went to the health sector which 638 executives were recruited, or 48% of total recruitment, followed by those of services and education with 167 and 125 recruited respectively.

The European countries have the largest share of recruitment with 506 executives, a rate of 38%. Arab countries come second with 484 recruits, or 36%, followed by North American and Asian countries with 218 recruits.

– With the strong wave of brain drain, is the increase in the number of executives registered with the Agency for Technical Cooperation considered a positive point?

Recently, we have seen an increasing demand from graduates and experienced professionals, such as engineers, medical specialists and university professors, for several reasons, the most important of which is to improve their financial situation or to enroll their children in foreign schools, as well as for reasons related to the general situation in the country.

In fact, the Agency for Technical Cooperation finds itself between a rock and a hard place, i.e. between satisfying the wishes of the registrants seeking employment abroad and the lack of skills in certain specializations.

The agency takes care to consult the directors of public institutions when it comes to a public sector employee and in case of refusal, the agency cancels the procedures for hire abroad.

In sum, the specialties in Tunisian universities must take into consideration the requirements of the domestic and foreign markets in order to reduce unemployment rates.

– In the absence of offices of the agency in Europe, how is this market treated while it is considered the most important for the employment of Tunisian skilled workers?

The European countries are under the responsibility of the central administration, in coordination with the Tunisian embassies abroad.

In addition to the 7 offices, we are currently working to expand the network by opening a new office in sub-Saharan Africa and Canada, but given the scarcity of financial resources of the State, the matter has been postponed to a later date.

In the same context, it should be recalled that the Tunisian expertise is in great demand in African countries, whether by Tunisian companies operating there or by Tunisian organizations that are there.

– It is known that there are sometimes abuses against job seekers abroad, so what are the guarantees provided by the agency to recruits?

The Agency for Technical Cooperation is careful to offer jobs abroad with respectable salaries. It is also concerned with guaranteeing the rights of the recruits. This is stipulated in the contracts concluded between the two parties. In case of disputes or problems, the Agency intervenes to settle disputes while ensuring that the rights of Tunisian skilled workers abroad are respected.

– In view of the continuing health crisis, what are the numbers expected before the end of the year?

This health crisis has changed the nature of the areas in demand. There is currently a high demand for the health and media sectors.

In addition, people wishing to work abroad, with advanced degrees and professional certification, can access the agency’s website and fill out the form and provide the necessary data for the application.

Civil society at JPA invite EU to clean up acts on...