HomeInterviewMourad El Hattab: Tunisia is at the stage of final financial risk
Interview

Mourad El Hattab: Tunisia is at the stage of final financial risk 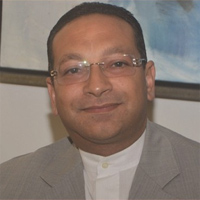 Financial expert, Mourad El Hattab gave Africanmanager an exclusive interview in which he spoke of several issues including the macroeconomic situation and the risks facing the country.

He also spoke of the debt situation in Tunisia, calling the external debt of Tunisia unsustainable.

The financial expert also commented on Friday, June 26 terrorist attack in Sousse that left 39 killed and 40 wounded and its negative impact on tourism, one of the key sectors boosting the export and liquidity in the country.

Emergencies to establish at the level of the national economy to avoid the risk of a crisis were also among the issues raised.

How is the macroeconomic situation of Tunisia amid the great terrorist crisis that is currently shaking it?

The carnage in Sousse is the coup de grace for one of the key sectors boosting exports and liquidity at home and a loss of at least 1,000 million Tunisian dinars (MTD) will surely be recorded under this season. The problem lies in the fact that other important sectors in terms of cash generation and support for economic activity are extremely dislocated like mining industries, petroleum and transportation.

Without considering the impact of Tunisia’s entry in the stage of terrorist war economy, the first elements available on the economic situation, especially in the first months of 2015, reveal high pressures as well as significant weaknesses in several areas.

In late March 2015, it was announced that we are at 1.7% in terms of growth but it is likely that the current year will end with a negative rate.

These parameters do not in any way satisfy the country’s needs and meet aspirations for an adequate standard of living and easier access to employment and public services.

On the external side, foreign direct investments went down 42%re in late April 2015 for an implementation of budget of only 259.4 MTD. Also and for the first three months of 2015, the slowdown in imports of raw materials and continuing decline in imports of capital goods (-8.9%) and serious difficulties of the main services sector do not point to an improvement in the situation, in the absence of bold decisions to transform the country’s governance into a real crisis governance.

In light of these macroeconomic balances, can we say that the situation has become more risky today?

Actually, the situation is completely unbalanced both in the market of goods and services in view of a rapid and widespread inflation (5.7%), and this regardless of the Gini index illustrating the perceived inflation (9%) and in terms of employment but also as regards the financial sphere which is experiencing liquidity tensions (-3850 MD) and an inability to support the economy. Furthermore, if the current account deficit of the balance of payments has seen some narrowing in the first months of the year, caution must remain up because this is mainly due to the easing of fuel prices and good harvest of olive oil, a one-time phenomenon whose effects begin to fade from the month of July.

Overall and in view of non-performing bank loans of 17% currently covered by provisions in the amount not exceeding 50% against respective rates of 13% and 65% at the end of 2010, we can say that Tunisia is moving to the final stage of the financial risk which increased by 500 basis points in a very short period of time when all the experts in the field of macro-financial assessment think the collapse is very serious even in the very short term.

It is interesting to note that the country’s foreign currency reserves are of the order of 14,600 MTD end March 2014 against 13,000 MTD at the end of 2010. However, we must consider the volume of additional debt incurred during the period, i.e. about 15,000 MTD irrespective of donations (4,130 MTD) and which were completely consumed to truly judge the treasury of the country as showing a negative balance of 900 MTD.

Regarding the debt of the country, where are we now? Is the situation really manageable as some believe?

The external debt can be described as unsustainable for several factors, particularly due to the fact that it is not a sovereign debt as outstanding are repaid in foreign currency and in the short term (5-7 years on average) and, a debt service under 2015, of 5,130 MTD beyond the capacity to generate value to absorb it. This is true especially as the authorities intend to borrow under the current year 7,130 MTD, but the funds raised to date do not exceed 2,400 MTD especially as obtaining new debt by bilateral and multilateral channels or through borrowing from the international finance market seem almost hypothetical.

A “light” supplementary budget law, is that really what we need today?

Talking, in the present state of things, the enactment of a supplementary finance law whose preparation was surrounded by a large unjustified silence, and this against the minimum required in terms of compliance with the principles of transparency and access to the macroeconomic information by citizens and partners in the country, has virtually no reason to be now, since all parameters of governance and administration of public finances will change Account as a result of the terrorist disaster that shook the country and the severity of the economic risks to Tunisia from all sides.

The lack of visibility and the absence of any strategic and forward-looking approach to restructure the various aspects of the financial management of state affairs in terms of operating and development and hesitation in the implementation of what is dictated by the international financial institutions have marked the overall trend of work of financial authorities recently largely imbued with social reactions.

In addition, several issues are to question thoroughly, in relation to the likely slippage of national financial stability, such as the restructuring of the domestic banking system, overhauling the tax system supposedly to make it more efficient, simplified and fair and the review and development of a new role of the private sector in boosting economic activity.

What are the emergencies to establish for the national economy to avoid the risk of a crisis?

An extensive reconciling and definitive operation to integrate experienced skills and institutional experts in all that refers to the management of difficult situations and who have been excluded and harassed for four years is evident to control the chaotic situation.

Other actions are necessary since, according to available data, much of the productive apparatus has been immobilized since 2011. These are not just public sector companies but also of the private sector, main provider of investment and jobs and administration. As such, any kind of brakes and obstacles must be removed.

Recall that the data provided by the World Bank, assuming they have a certain level of confidence put at 40% the share of expropriated companies throughout the private sector. This means that almost half of the production system is blocked.

If we add to that the production capacity of prosecuted business managers without their having been subject to expropriation, it may be even two-thirds of the production potential that is locked.

Apart from the organization as soon as possible of a major international forum to discuss, actually, the implementation terms of international solidarity with Tunisia, the rapid initiation of a program to support the services sectors in its entirety, the acceleration of the promulgation of the new investment code that must be the result of a national consensus and the resumption of the execution of public and private projects, prove fundamental benchmarks to save the country, at least in the short term, surely, from an economic debacle and serious social unrest

‘Less than 20% of Nigerians invest in quoted equities’