HomeFeatured NewsNida Tounes and BCE remain the favorite of Tunisians, 2% of whom...
Featured News

Nida Tounes and BCE remain the favorite of Tunisians, 2% of whom give their votes to Ben Ali 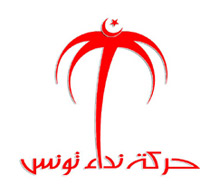 Here’s another poll that confirms mutatis mutandis the previous electoral preferences of Tunisians. The latest poll conducted by 3C studies whose results were published on Tuesday, on the eve of the second anniversary of the election of October 23, 2011, still place Nida Tounes and its president Beji Caid Essebsi on the top of voting intentions if the elections were held today, but with a drop of 2.5 points for Nida Tounes which is credited with 31.4 % of voting intentions.

Ennahdha, which also fell but by 0.5 percentage points, remained in second place, but the Islamist party, reduced the gap separating it from the leader (which is now only 1.3%), collecting 30.1 % of the voting intentions.

Al Jabha Chaabia (the Popular Front) comfortably keeps the third place with 10.7 %, up one point. The fourth place is always occupied by Al-Mahabba Movement (former Al Aridha), despite a decline of 0.3 points, collecting 4.9% of the voting intentions. Al Joumhouri (the Republican Party) retains the fifth place with almost the same score as last month, i.e. 3.4 %. The UPL (Free Patriotic Union) keeps the sixth place with 2.8%, down 0.5 points.

It is, moreover, important to note that 41.3% of potential voters who intend to vote have not yet determined their choice of a party. Last month, they were 43%. This is for the legislative election. As for the presidential election, the rate of the undecided falls to 36.4%, up 2.4 percentage points compared to last month.

The fact remains that Beji Caid Essebsi keeps a comfortable lead with 15.4% of the vote. The second place went to Moncef Marzouki with 3.9 % of votes. He pushed Kais Saied down to the third place with 3.8 %, followed by Hamadi Jebali (3.2%).

However, it is noted that Moncef Marzouki continues his progress which began in June, apparently unaffected by the political tension gripping the country since the assassination on July 25 of Mohamed Brahmi, nor by his recent statements criticized by the opposition made, September 26, 2013 at the 68th session of the United Nations General Assembly.

These statements had provoked the anger of Egypt and the United Arab Emirates. Indeed, he retook a second place he had lost for many months, even if he collects only 3.9% of voting intentions, up 0.4 points from last month.

Marzouki pushes the only non-politician in this top six, last month’s surprise, Kais Saied, down to the third place with 3.8 %, down 0.9 points from August. In fourth place, we find former Prime Minister Hamadi Jebali with 3.2%, down 0.7 points.

But the new element in the political barometer is the appearance of the ousted president, Zine el Abidine Ben Ali in the presidential race. He was credited with 2% of the voting intentions, but enough to beat Hamma Hammami who collected only 1.6% and came sixth.

C3 Studies explains the underperformance of the spokesman for the Popular Front Hamma Hammami by the fact that he was less visible lately, losing a point compared to August.

Ironically, he does not benefit from the rise of the Front. The increase in Jabha (the Popular Front) is probably due to the turmoil that shook other similar parties.

Tunisia: TUI adds Enfidha to its summer 2020 program from Stansted...