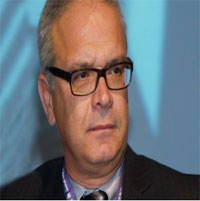 Economist and Chairman of the Institute of Economic Forecasting for the Mediterranean World ( IPEMED), Radhi Meddeb gave Africanmanager an exclusive interview in which he pointed out that the economic and financial situation in Tunisia is very difficult.

He has among others held it accountable for the decision of the World Bank and the African Development Bank to reduce their loans to Tunisia, also blaming the political and economic players and the delay in the electoral process.

Radhi Meddeb noted, moreover, that to date, no demand of the Revolution has been met. Regarding 2014, he expressed his concern, noting that this year would be that of all the dangers.

Is the economic and financial situation really catastrophic?

No, there is no need to exaggerate. The economic and financial situation in the country is extremely difficult, but not catastrophic, and it is still high time to redress the economic situation. However, addressing the economic situation, as they have not stopped saying for months, hinges on a greater political quality, setting out a clear political roadmap and specific deadlines because recovery will be achieved only by restoring confidence and investment which are challenges of the future. But nobody bets on an uncertain future.

2014 will be the year of all dangers since it will be an election year and we may not see major reforms in it. Thus, the pattern of trust with our international donors may not be restored in 2014. The year 2015 is still far away, but it will depend on how Tunisia will regain its political stability and a responsible management of public affairs capable of discerning and taking all necessary reforms.

What do you expect from the state budget for 2014?

About the state budget for 2014, we still do not know about it until now. It has not yet been disclosed. It is still under preparation. There is a delay in the legal planning of budget development. The law stipulates that the budget must be submitted to the office of the National Constituent Assembly not later than October 15. Today, we are a few days later. To my knowledge, the budget is not yet completed. It will be difficult to enforce the law in this area. Much has been said about the budget. We were told it would be an austerity budget.

The first measures disclosed concerning the budget have created controversy and do not have a special significance. I believe that in the preparation of the budget, the great difficulty today is that there is not a leader in government, a leader who oversees the economy and finance. So there is no overall consistency of the budget and the budget does not reflect a clear vision and political will.

What should be the priorities of the current government?

Priorities should be the reforms we talked about, mainly the reform of the banking and financial systems and the reform of the general compensation fund and pension funds. All these reforms are required. A high priority should be given to investment in inland areas to meet the needs and expectations of these regions. Do not forget that we have made a Revolution and that, unfortunately, we have not provided any of the responses required by the Revolution.

What do you think about the decision of the World Bank to halve its loan to Tunisia and AfDB’s to cancel its own?

We are responsible. We have not made progress in the reforms agreed with donors. It is up to us to look at ourselves and undertake reforms with clarity and courage to bring these donors to reach into their pockets again and even in a more significant way and this is possible.

Is it possible to speak of a recovery without debt?

Yes, it is possible, but only if the debt is not only used to cover operating costs, but for capital expenditure that improves the competitiveness of the domestic territory and provide the country with a good infrastructure. It is in those circumstances that the economy can recover.

Tunisia: reported employment in industrial sector down in February